The judging panel for the 2022 Scottish Transport Awards

Roy's current role is the interim Director General for Net Zero in the Scottish Government. He has responsibility for two large portfolios: Rural Affairs and Islands; and Net Zero, Energy and Transport, consisting of the following Directorates: Energy and Climate Change, Marine Scotland, Environment and Forestry, Agriculture and Rural Economy and three Executive Agencies: Transport Scotland, Forestry and Land Scotland and Scottish Forestry. A key focus is on delivering on Scotland's targets to achieve net zero by 2045 and leading the way in putting natural capital at the heart of land and marine use.

Since 2015 until November 2021 he has been Chief Executive of Transport Scotland, leading the Agency in delivering on Scotland's transport needs. His responsibilities, on behalf of Scottish Ministers, included transport policy and strategy across all modes, transport investment planning, transport infrastructure including the trunk road network and rail enhancements, accessibility and active travel and transport's contribution to the development of a low carbon economy.

Roy is a Chartered Civil Engineer and a Fellow of both the Institution of Civil Engineers and the Chartered Institution of Highways and Transportation. He was the UK First Delegate to PIARC (World Road Association) representing all four nations and is now an Honorary Member. Roy is also a graduate of the Major Projects Leadership Academy (MPLA) and is currently SG Head of Profession for Project Delivery.

Iain’s research and teaching addresses the interconnecting issues of public administration, institutional change and city and regional competitiveness, with particular emphasis on the structures and processes of local and regional governance, policies for delivering improved economic performance and environmental sustainability, and the development and implementation of strategic planning and transport policies.

His total research and consultancy awards in the last six years exceed £2 million, and he is currently Co-Director of the Scottish Cities Knowledge Centre and Co-Investigator on two major Research Council projects on sustainable transport and low carbon transitions.

Iain has worked with and advised a range of private sector, governmental and other organisations including governments and public agencies in the UK, US, Australia, Canada and Sweden, and the OECD. He served as Non-Executive director of Transport Scotland, the national transport agency for Scotland, from 2006 – 2010. Iain was appointed as one of the inaugural members of the Royal Society of Edinburgh's Young Academy of Scotland in 2011, and to the Expert Panel advising the North East Independent Economic Review in 2012. 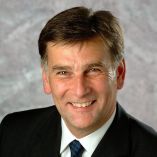 Dr Hazel is a Director of the George Hazel Consultancy, an Adjunct Professor at Queensland University of Technology and Chair of the Advisory Panel for the Transport Research Institute, Edinburgh Napier University.

He was a member of the UK Secretary of State for Transport’s Steering Group for National Road User Charging, chair of the World Roads Congress C10 Committee, researching urban areas and transport, chair of the Scottish Public Policy Unit’s Transport Commission and Chair of Transport 2000’s Forum on Revitalising Communities on Main Roads. In January 2005 he was awarded the OBE for services to transport. He is an expert on towns and city regions and has written a book on Making Cities Work, published by Wiley.

Previously he was Professor of Transport Policy at the Centre for Transport Policy where he looked after the consultancy business. From 1996 to 1999 he was Director of City Development for the City of Edinburgh Council responsible for planning, economic development, transportation and property. 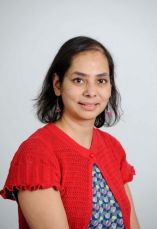 Daisy Narayanan is the Head of Placemaking and Mobility at the City of Edinburgh Council where she leads on delivering a city-wide integrated approach to transport and placemaking.

Daisy is on the Board of Architecture & Design Scotland and a member of the Evidence Group for Scotland's Climate Assembly. She was on the Active Travel Task Force set up by the Minister for Transport and the Islands and is a member of the Scottish Transport Awards judging panel. She recently won the Civic Servant of the year award from the Academy of Urbanism.

Drawing on her previous experience working as an architect and urban designer in India, Singapore, England and Scotland, Daisy believes passionately in the importance of creating places for people: places that reflect and complement the communities that live in them.

A music aficionado, a bookworm and a linguist, Daisy spends her time enjoying the Scottish outdoors with her husband and two children.