The judging panel for the 2023 National Transport Awards

Anthony Smith is Chair of the judging panel and Chief Executive of Transport Focus, the independent consumer watchdog for Britain’s passengers.

Having qualified as a solicitor, Anthony worked for five years as principal consumer lawyer for the Consumers’ Association, publishers of Which? This was followed by a year as the legal consultant for Consumers International, a worldwide federation of consumer groups.

Prior to joining Transport Focus Focus, Anthony was deputy and acting director of ICSTIS, the regulator of premium rate telephone services.

Stephen is Director for Local Transport at the Department for Transport. His directorate is responsible for the Major Road Network, local roads, buses and taxis, inclusive transport, cycling and walking and local authority transport infrastructure projects. It also includes two analytical teams who work closely with their policy counterparts and produce influential statistics, evidence and analysis including the world-leading National Travel Survey.

Stephen has worked on transport issues across central government for over 20 years, including in the then Department for the Environment and the No 10 Policy Unit. Before starting his current role in June 2019, Stephen headed the department's client team for Highways England – leading on the £15bn Road Investment Strategy and major projects including the A14 Cambridge-Huntingdon and A303(Stonehenge) schemes.

Stephen received an OBE for services to transport in the 2019 New Year Honours List and is a Fellow of the Chartered Institute of Highways and Transportation.

Daisy Narayanan is the Head of Placemaking and Mobility at the City of Edinburgh Council where she leads on delivering a city-wide integrated approach to transport and placemaking.

Daisy is on the Board of Architecture & Design Scotland and a member of the Evidence Group for Scotland's Climate Assembly. She was on the Active Travel Task Force set up by the Minister for Transport and the Islands and is a member of the Scottish Transport Awards judging panel. She recently won the Civic Servant of the year award from the Academy of Urbanism.

Drawing on her previous experience working as an architect and urban designer in India, Singapore, England and Scotland, Daisy believes passionately in the importance of creating places for people: places that reflect and complement the communities that live in them.

A music aficionado, a bookworm and a linguist, Daisy spends her time enjoying the Scottish outdoors with her husband and two children. 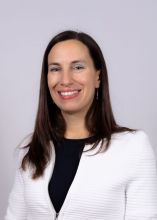 Jo is the President of Women in Transport and Chief Executive of JFG Communications, a consultancy specialising in stakeholder engagement, political communications, diversity and decarbonisation for the transport sector. Named among the 100 most influential women in Westminster and the top ten most inspirational women in public affairs, Jo has almost 20 years of experience in helping companies engage their stakeholders, build advocacy for their plans, and inform and influence public policy.

Before founding JFG Communications, Jo spent almost a decade at Transport for London where she built and led the company's award-winning stakeholder engagement team, building stakeholder support and advocacy for London's transport infrastructure and the funding to deliver it.

Huw grew up in Buckinghamshire where he attended local state schools and college. He read law at Durham University.

Huw qualified as a barrister and worked in a criminal practice in London. He then spent 17 years as an in-house banking and finance lawyer. His final position was as a Managing Director leading a team of lawyers unwinding the Lehman Brothers estate in Europe.

Huw spent 5 years as a trustee and volunteer in a youth charity set up following the Brixton riots and a further 5 years as a governor of a secondary school in London.

Huw moved to East Sussex in 2006. From 2007 to 2015 Huw served as the Wealden District Councillor for Rotherfield. He was elected as Member of Parliament for Bexhill and Battle in May 2015.

Having served as a member of the Transport Select Committee since 2015, Huw was elected Chair in 2020. The Committee's role is to scrutinise government and industry performance on national transport.