The judging panel for the 2020 London Transport Awards

Val Shawcross served as Lambeth and Southwark's representative on the London Assembly between 2000 and 2016. She chaired the London Fire and Emergency Planning Authority (LFEPA) from 2000 to 2008. Between 2008 and 2016 Val was the Labour Group's transport spokesperson, alternating between being Chair and Deputy Chair of the Assembly Transport Committee.

Val is a former Labour Party National Women's Officer, and was a Croydon councillor between 1994 and 2000, serving as Leader from 1997 to 2000. She was awarded a CBE in 2002 for services to Local Government.

Val has a BA in Politics and an MA in Education. She has worked for the Inner London Education Authority, the Commonwealth Secretariat and as Head of Public Affairs for the National Federation of Women's Institutes. 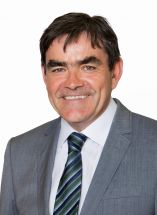 Professor David Begg is Chief Executive of Portobello Partnership Ltd which specialises in strategic advice to clients in the transport sector; publishes Transport Times magazine; and runs a series of transport best practice awards in conjunction with the Department for Transport, Transport Scotland and Transport for London.

He is a non-executive board member of Heathrow Airport Holdings Ltd and is a member of the Cubic Transportation Systems’ Advisory Board. From 1999 to 2005 he chaired the Government’s Commission for Integrated Transport which was set up to advise the Government on transport policy and to monitor performance. He was a board member of Transport for London from 2000 to 2006 before joining Tube Lines as chairman (2006-2010). He was a non-executive director of the Strategic Rail Authority and before that British Rail. From 2005-2014 David was a Non-Executive Director of First Group Ltd.

Before moving to London he was Professor of Transport Policy at Robert Gordon University in Aberdeen. He is a visiting professor in Transport at Plymouth University. In the 1990s he was the political lead on transport on Lothian Region and then the City of Edinburgh councils. 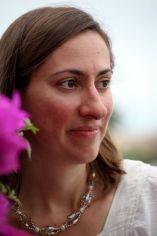 Katharina is the Head of Transport, Environment and Infrastructure at London Councils. 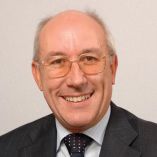 Until his retirement from Transport for London (TfL) in December 2017 and working with two London Mayors, Daniels brought his unique range of experience to his role as managing director, surface transport at TfL, with responsibility for delivery of £3.5 billion of road, light rail and transport services and all major, civil engineering infrastructure projects in the city. He remains a trustee of the London Transport Museum.

Daniels was responsible for the successful delivery of transport during the 'most successful public transport games ever' in London 2012 by applying his hands-on operational experience and policy-making and implementation skills. Since then, Daniels has been responsible for numerous major events in London such as RideLondon and London Marathon.

In 1998, prior to joining TfL, Daniel's had sold his own venture-capital backed business to a FTSE 100, multinational transport business, creating the largest and most profitable operating unit within the £3 billion turnover organization. As commercial director of U.K. Bus, he had responsibility for new ventures such as Aircoach, Greyhound, Yellow School Bus, the company's pioneering bus/tram project 'ftr' and for delivering coach and bus services across the U.K. and internationally.

Daniel's continues to make a significant contribution to the progress of global thinking on road and vehicle safety, efficiencies, the social effects of autonomous vehicles and technical developments generally on road and rail. He also champions those under-represented in transport by background, culture and gender to ensure that future transport leaders will more adequately represent the diversity of the passengers carried and the staff employed.