What future for the car?

A number of new transport technologies have entered the market recently or are under development. Innovators have high hopes of benefits to users and returns to investors. In my new book, Driving Change: Travel in the Twenty-First Century, I assess the likely consequences for travel behaviour of four technologies that are making an impact on road transport: electric vehicles, digital platforms, digital navigation, and autonomous vehicles.

The impetus to introduce electric propulsion for road vehicles is to eliminate carbon emissions, which requires the electricity supply system to be decarbonised in parallel. Electric propulsion also eliminates noxious tailpipe emissions and so improves urban air quality. The sustainability of road transport has long been a concern, initially because of reliance on non-renewable oil, and more recently on account of oil's contribution to global warming. Electrification goes a long way to mitigating this concern. Yet electric propulsion in place of the internal combustion engine does not significantly alter the behaviour of the car and driver.

Digital platforms in the transport sector make possible ride-hailing taxis such as Uber, dockless bicycles and a variety of innovative modes of demand-responsive travel. Platforms are more efficient in matching demand to supply than traditional means, hence their popularity. As well as matching user to vehicle, they enable sharing by users travelling in the same direction, the immediate benefit being lower fares.

Some observers see vehicle sharing as an important means to reduce road traffic congestion, allowing travel demand to be met with fewer vehicles of higher occupancy. This would indeed be the case if trip numbers, origins and destination were fixed. However, congestion arises in places where both population density and car ownership are high, such that the capacity of the road network is insufficient to accommodate all the trips that might be made. Some potential road users are deterred by the prospect of unacceptable time delays and so make other choices – of time of travel, mode or destination when there are options, or not to travel at all. Introduction of vehicle sharing would initially lessen traffic, but the resulting reduced delays would attract onto the network previously deterred drivers, so restoring congestion to what it had been. So sharing is not the solution to the problem of congestion.

Digital navigation devices are now generally familiar, based on GPS location, digital maps and route guidance algorithms that take account of congestion. They enhance the quality of the journey for individuals and have the potential to improve the efficiency of operation of the road network through collaboration between private sector providers of routing information and public road authorities. But the main benefit lies in the estimation of journey duration at the outset of a trip, given that the principal problem of congestion perceived by road users is the uncertainty of arrival time.

The development of driverless vehicles is attracting enormous effort, both by established car manufacturers and by the tech sector. Timing and extent of deployment of fully autonomous vehicles remain unclear, as is the likely impact on the road network. At present evidence is limited to small scale trials and modelling simulations, for which the extensive range of possible performance parameters and policies means that any conclusions are at best quite tentative.

Looking back at the main transport innovations of the modern era, we see that they involved a step increase in speed of travel, which allowed individuals to gain access to a wider range of destinations, services, opportunities and choices: the railway in the nineteenth century; the car in the twentieth; the bicycle in its heyday before the car became generally affordable; and motorised two-wheelers today in many low income countries. Step increases in virtual access to people and services have been made possible by electronic and digital innovations: the telegraph, telephone, radio, television, internet, broadband, smartphones, social media. All these innovative technologies have led to huge investments, justified by the returns from access benefits to users.

In contrast, the new transport innovations seem unlikely to increase significantly the speed of travel. They will therefore not be transformative as regards our travel behaviour, although they will transform the manufacturing process and the nature of the auto industry. The car of the future will be electrically propelled, will have extensive digital functionality, and will have autonomous options, yet is unlikely to progress faster through traffic than the car of today.

The new transport technologies are improving the quality of the car journey incrementally, expediting routing, providing assurance about time of arrival, relieving the driver of some tasks, and lessening urban air pollution. Users will take up these technology options if they perceive them to offer value for money. The auto industry will need to bear down on costs to sell such innovations, as it has always done.

Beyond the personal car, digital platforms facilitate the availability of a wider range of shared use vehicles and individual conveyances. These may complement regular public transport services and may contribute to reduced individual car ownership in cities by offering convenient alternatives. Driverless taxis may allow travel at lower cost than conventional taxis, which would increase demand. However, autonomous vehicles in themselves cannot be expected to reduce urban traffic congestion.

Altogether, the new transport technologies seem likely to have less impact on travel behaviour than many suppose. 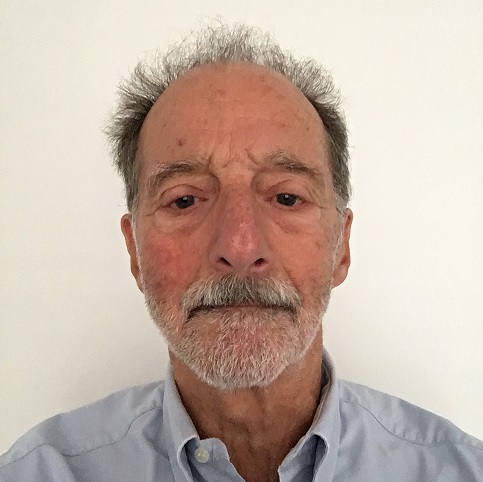 David Metz is an honorary professor at the Centre for Transport Studies, University College London. 'Driving Change' is priced at £19.99 and is available from the publisher with a 20% discount quoting promotion code AF2019 www.agendapub.com/books/78/driving-change. Also available from Amazon.