Levelling up to zero carbon

It all come out last week. A Budget (understandably set for one year only); a National Infrastructure Strategy (Government's formal response to the National Infrastructure Commission's advice from 2018); and a review of HM Treasury's Green Book. Each of them has great significance to the transport sector, and each contains revealing insights into the post Coronavirus outlook.

For transport, the Budget was mainly about funding support for rail, bus and LRT/metros through the Covid-19 crisis. Implicit in the Treasury view is that Covid-19 will be gone after 2021/2. But you can imagine Treasury feeling a little sore about transport funding.

The National Infrastructure Strategy acknowledges that post Covid-19, people are likely to spend more time working from home (so more pressure to deliver gigabit broadband across the country). But it goes on to say that the economy "may return to similar patterns to those before the pandemic". And so agglomeration benefits survive: "cities will still be key engines of growth, with people and businesses clustering to drive and benefit from innovation."

The Green Book Review is more interesting for its perspective on policy. A reminder: the Green Book is technical guidance to help officials provide advice to decision makers about how to 'achieve explicit policy objectives and maximise social value'. It centres on HM Treasury's management of spending Departments, although the Green Book is said to be for 'Whitehall and Beyond'.

'Levelling Up' and achieving net zero carbon emissions are the two dominant themes. The Review concludes that current appraisal practice risks undermining the Government's ambition to "level up" poorer regions. It calls for a change in approach with more emphasis on 'place-based' strategic cases. Where an intervention's objectives have a geographically defined focus, it says: "this should also be the principle frame of reference for the analysis, with UK level analysis presented separately". That is a shift in position.

Levelling Up may be central, but nowhere is it defined in a Review that down-plays reliance on Benefit:Cost Ratios. True, it calls for a proper assessment of local 'place-based' impacts and warns against obsessing about BCR values. But absent any quantification of the levelling up ambition, there is a risk of pandering and favouritism in capital project budget allocations. Let's hope the promised transparency in funding allocations comes to pass. But we'll never know whether levelling up policies have succeeded.

By way of contrast, the Centre for Cities has concluded on levelling up that: "The Green Book should be a tool for mayors and other local leaders to choose between projects, not the Chancellor to choose between places." And it is a complex picture: "left-behind places are particularly concentrated in large towns and cities outside of London and the South East, in former industrial regions, and in coastal and isolated rural areas".

You can have grants and hand-outs without devolving powers and responsibilities, but re-booting local and regional economies from the centre may not be achievable. As the Review admits: "Central government departments also frequently fail to work together across organisational boundaries and ring-fenced funding streams to develop, appraise and deliver truly 'place-based' strategy".

But the biggest failing is that the Review doesn't set a new carbon price. The need for this dates back to the Stern Report, 12 years ago. The Review explains: "later this year, BEIS will publish an updated series of Carbon Values which are consistent with the UK's latest commitments under the Paris Agreement and Climate Change Act (2008)".

Maybe setting out a new value now would have looked unseemly, coming alongside a budget that trumpets major road construction schemes (the Lower Thames Crossing, the A66 and the Stonehenge A303 tunnel). Leaving aside the issue of embedded carbon, with sales of new hybrid powered road vehicles still to be allowed until 2035, once completed these projects will generate more not less carbon, especially if their implementation is accelerated (as is now expected with the A66 scheme). At some stage, and time is running out, the programme of highway expansion has to be brought to halt. Sadly, the budget makes no mention of rail electrification or the essential need to de-carbonise the freight sector which is so reliant on HGVs.

Perhaps the most significant development in the Review is its conclusion that environmental benefits might be discounted at below the standard rate of 3.5% to the lower level already applied to life and long term health effects. This could allow carbon saving, air quality, and bio-diversity benefits to play more prominent role. But it would be so much better to have a proper price/tonne of greenhouse gas emissions. 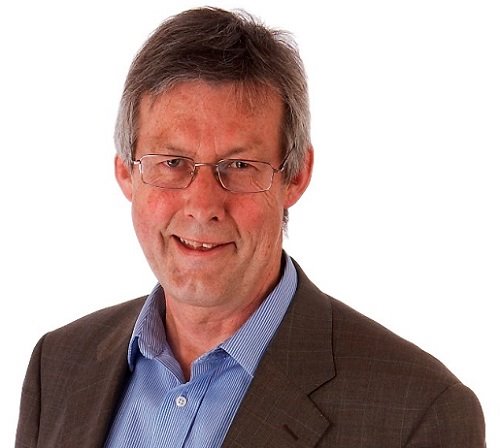