An idea whose time has come

Centrepiece of the Prime Minister's 10 Point Plan for a "green industrial revolution" was a ban on sales of new petrol and diesel cars and vans from 2030.

Let's not underestimate how significant this is as a statement of UK intent and a signal to the rest of the world. The PM had been under intense pressure from the car industry to set a later date, but in the end opted to set one of the earliest deadlines of its kind in the world. UK is Europe's second biggest car market, and this sends a clear signal around the world that the UK means business. So, to that extent a big tick in the box.

What would have made this an announcement a real game changer would have been if proposals for a national road pricing scheme had been included alongside the 2030 ban, to replace diminishing receipts from fuel duty and other road taxation.

Welcome though the 2030 ban will be to jumpstart the market for electric vehicles (EVs) in the UK, the fiscal implications will still have to be addressed. Crucially, the ban on its own won't bring about the necessary reductions in emissions from road transport. It is estimated that we will still need to reduce traffic on our roads by anywhere between 20% and 60% by 2030.

Whilst electrification of the vehicle fleet is an essential part of decarbonization, we need to keep a clear sense of proportion about the role EVs can play in reducing emissions, improving social equity and tackling congestion.

The most obvious immediate benefit of switching to EVs is the reduction in local air pollutants such as NOx emissions. However, these air quality benefits will be undermined if in reducing the running costs of motoring, EVs lead to more traffic and congestion on our roads, with slower traffic speeds causing increased pollution from other vehicles. It is also important to reduce tyre particulate pollution which is increasingly recognised as a serious health issue.

EVs produce fewer carbon emissions per mile driven than diesel or petrol cars when the emissions from the fuel or electricity are counted on a well to wheel basis. However, across the whole lifecycle, from construction to decommissioning, an EV emits broadly the same CO2 as a conventional vehicle. As the production processes shift to using renewable energy whole lifecycle benefits of EVs will grow but today there is no such thing as a zero emissions vehicle.

Norway's policy on encouraging EVs has been extremely successful. Norway has the most ambitious target in the world, with all new cars to be ULEV by 2025. By 2018 already 45% were ULEV. Measures have included tax incentives, free parking, free access to bus lanes and no charges on toll roads. However, Norway's policy has encouraged more driving. Public transport's share of commuting has fallen from 23% to 6%. The car's share has risen from 65% to 83%.

We must avoid public transport becoming a major casualty of the roll out of EVs. Whilst people on lower incomes have been effectively priced out of the EV market, and those affordability issues must be addressed, an equally serious social equity issue is the risk to public transport networks. 24% of all households and 44% lowest income households have no access to a car.

The big risk is that in lowering the cost of motoring electrification will make mode shift to public transport and active travel harder to deliver. The inefficiency of our current transport system is already staggering both in terms of carbon and movement of people. Single occupancy trips are at around 60%. 96% of the car fleet is stationary at any given time.

The switch to EVs provides the chance for an honest conversation with the public about road taxation. This is surely an opportunity not to miss. We need a system that can levy tax on both conventionally fuelled and electric vehicles fairly. Otherwise we risk finding ourselves in a situation where petrol and diesel drivers continue to pay all the tax for using the roads which is unsustainable.

Professor David Begg has proposed in a recent article for Transport Times how government could de-risk road pricing politically. Government should set up an independent commission with cross party representation and delegate authority to the Office of Road and Rail (ORR) in consultation with the Office of Budget Responsibility (OBR) to set motoring taxation.

Victor Hugo once said, "Greater than the tread of mighty armies is an idea whose time has come". Road pricing has been talked about for decades, but perhaps finally its time has come. 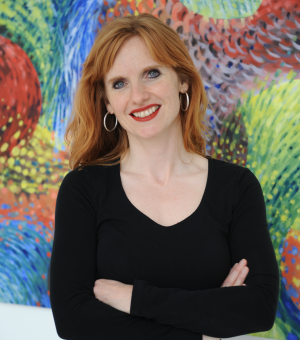