One of the main misconceptions about HS2 is that its sole purpose is to allow commuters and leisure travellers to get to London more quickly than is currently the case.

While it's true HS2 will bring huge benefits in reducing passenger journey times to the capital, its real impact is in the vast capacity in will unlock – including for local services – as well as decarbonising our transport system – rail being by far the most carbon efficient mass transit system available.

Let's consider a few facts that the Green Party and other environmental groups seem to continually overlook. HS2's carbon emissions will be seven times less than passenger cars and 17 times less than domestic air travel. Travelling 500 miles on HS2 will use the same amount of carbon as 70 miles in a car and just 29 miles by plane. HS2 will unlock capacity to carry 2.5 million lorries worth of cargo each year, while producing 76% less carbon emissions than by road.

In 2017, the transport sector overtook the energy sector to become the UK's largest carbon emitter. Building an integrated high-speed rail network across the length and breadth of the country will take thousands of cars and lorries off the road, while reducing the consumer appetite for domestic air travel. The unpalatable alternative is creating multiple new six lane motorways to provide the required capacity North to South alone.

Currently, only a very small proportion of daily commuters travel by rail in the North. Recent figures show 7% between Liverpool and Manchester, 10% Leeds-Newcastle, 3% Hull-Sheffield. Most are put off by the slow, unreliable services which still use outdated trains. For the same reasons, many passengers opt for a short-haul flight over the hassle and expense of multiple cross-country rail journeys.

This needs to change. Between 1980 and 2013, there was a 56% increase in road demand and a 175% increase in domestic aviation. Leisure and business travellers alike simply will not make the move to train journeys until they can offer quicker, more convenient services.

Another argument frequently overlooked in the debate is HS2's huge impact on freight, which is the most challenging to decarbonise. In 2018, figures showed that road freight accounted for five per cent of the UK's carbon dioxide emissions and was one of the largest contributors to climate change. HS2 will cut annual carbon emissions from car travel by over 40,000 tonnes, saving 18 million litres of petrol each year.

Rail freight has to compete with passenger services for limited capacity on the line, slowing down the transfer of goods to such an extent that delivery via lorry – as inefficient and costly as it is - is preferable. It currently takes up to 11 hours for biomass pellets to be transported from Liverpool to Drax power station near Selby by rail. The same journey takes less than three hours by lorry.

Until goods and people can move around the country quickly and easily, we can't hope to solve the productivity crisis which lies at the root of the North-South divide. Neither can we hope to build a recovery on an antiquated transport system, which is buckling under its increasingly overloaded capacity.

If we're going to get serious about decarbonising the economy and the transport system, the integrated delivery of HS2 and Northern Powerhouse Rail, in full, could be the breakthrough we need.

As well as revolutionising the way we travel, it allows companies to more easily relocate to the North to invest in sustainable industries such as hydrogen and carbon capture and storage – both of which are part of the government's 10 point plan to achieve net zero.

These transformative infrastructure projects are our only hope of spearheading a green recovery. Until we realise this, and stop buying our heads in the sand, net zero will remain out of reach. 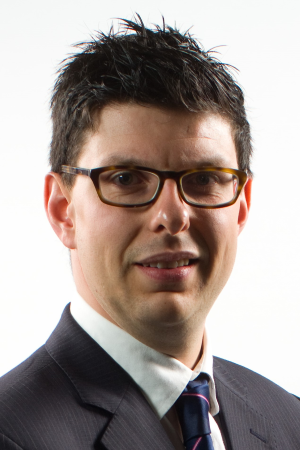 Henri Murison is Director of the Northern Powerhouse Partnership