The rising priority of green

Paul Campion, in his recent article Decarbonising Transport: what will it really take? poses some challenging strategic questions. The National Infrastructure Strategy emphasises that "bold action is needed to transform the UK's infrastructure to meet net zero and climate change commitments."

What does that mean for infrastructure projects first initiated before the expectations of The Carbon Plan of 2011 and the National Policy Statement for National Networks (NNNPS) of December 2014 were understood? The NNNPS set out how the government would deliver transport networks "which support the delivery of environmental goals and the move to a low carbon economy". It focused on modal shift. More recently the pressure for change has accelerated, targets have become more ambitious and will require innovation, industry restructuring and further shifts of political and public opinion to deliver on UK and global targets.

Ten years ago, promoters and assessors may have concentrated on demonstrating economic benefit and promoted the jobs, investment and GVA infrastructure can bring. Or they viewed environmental impacts through a narrower and more local lens than we do today, concentrating on congestion and local air quality rather than greenhouse gas emissions or attaching more emphasis to the direct impacts of planes and airport running than to the impacts of surface access. Government has most recently introduced new criteria of 'levelling up' and 'union connectivity'.

There is a risk that projects which have long had sound environmental metrics will be lost in this drive for innovation. Simple, spade-ready and certain solutions which give UK plc and multiple regions economic quick wins may be delayed in pursuit of very valuable but more challenging and pioneering approaches to de-carbonisation.

Both must have their place. As an ardent promoter of the Western Rail Link to Heathrow (WRLtH), I would say that, wouldn't I, yet I also expect to arrive at the station in an EV.

WRLtH is a 6.5 km rail link, largely a tunnel, between the Western mainline and Heathrow T5. It will bring 14 million people better access to Heathrow and deliver transformative economic benefits to Wales and several English regions. Less attention has been given to its environmental benefits. These should now have their day.

In 2008, when the project was first initiated, the environmental benefits were assessed. We perhaps thought of them as windfall benefits. We also applied that narrower lens. We knew that the modal shift from road to rail would reduce congestion on motorways and major roads, reduce pollution and air quality risks and improve journey times for other road users. We had estimated the annual reduction in CO2 at over 5000 tonnes but could not then link it to a government target or policy.

We were by no means alone in employing an economic emphasis and even ahead of traditional assessment of schemes for their travel and direct transport benefits. Our focus on direct and indirect economic outcomes pre-dated aspects of the DfT's approach to project evaluation. It is only recently that the review of the planning green book will add weight to non-monetisable, non-economic impacts.

Today delivery of environmental outcomes globally, nationally and per scheme has become a critical factor in the prioritisation of infrastructure schemes. Schemes need to be assessed across long-standing and new criteria. WRLtH satisfies them all.

The business case, based on a two-runway airport and independent of the case for expansion, has a well-evidenced RoI, and has met the DfT and Treasury thresholds for investment.

The link will deliver a frequent, faster and more reliable service between Reading and T5, enable all travellers with a direct rail journey to Reading to save over 30 minutes, and so bring a substantive improvement in connectivity to 14 million people.

Speed, certainty and frequency will trigger a modal shift from road to rail across the regions. About 95% of all travellers to Heathrow from the west do so by road. The modal shift is estimated at over 20% of travellers from Reading and Slough alone and the effect stretches well into Wales, most notably from Cardiff, the Southwest and even to far north of Birmingham.

Network Rail now estimate the annual reduction in CO2 at equivalent to 30 million fewer road miles, making a substantial contribution to the UK's climate change targets, mitigating the impact of the present airport and having a positive impact on several Air Quality Management Areas on major roads.

The new rail link will alleviate pressure on one of the busiest and most dangerous sections of motorway in the UK which is reaching full capacity. Even with EVs and Smart running (itself subject to challenge) the DfT judged that this part of the road network will reach capacity and that more sustainable alternatives such as rail are required.

WRLtH is a levelling-up project, serving and supporting regional economies in Wales, the Southwest, South Central and Midlands including those regions hardest hit by Covid-19, whilst supporting UK plc's second biggest economy, the Thames Valley.

The project supports Union Connectivity, not just from the economic benefits delivered to Wales, but also by increasing rail resilience from the west to London and reducing passenger congestion at Paddington.

The scheme will be transformational. The reduction in journey time will increase the attractiveness of the benefitting area to existing businesses, to potential investors and to inbound tourists so increasing GVA.

Approval now will act as a vital stimulus to the recovery of the UK aviation industry and a catalyst for the recovery of business confidence, inward investment, international trade and tourism across the benefitting areas.

The link requires no great innovation, little investment in infrastructure outside its footprint, nor any investment in cultural and attitudinal change. Government adopted the scheme in 2012, is already prepared to fund the majority of cost. Network Rail have developed it, subject only to planning approval.

WRLtH is an easy win for the environment, the economy, for Government and for more than 20% of the UK population. 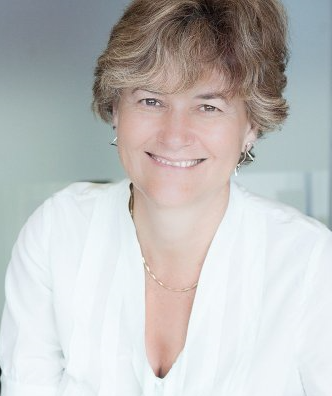 Ruth Bagley of Ardynt Consulting led the original public:private partnership which developed WRLtH prior to its adoption by government in 2012 and has since led a series of stakeholder groups.

All figures, unless expressed otherwise, are based on pre-Covid demand of a two-runway airport. Demand is expected to return to full capacity well before the projected completion of WRLtH.