Decarbonising transport: what will it really take?

"As with anything unpleasant, the sooner you start, the sooner it will be over". This is the sort of thing I probably said to my children as they hesitated on the brink of one or other of life's daunting little challenges; jumping into a swimming pool for the first time, or filling in a tax return, for example. Such an approach probably isn't helpful when thinking about the enormous, existential crisis which is decarbonising human activity. What if we zoom in a little and ask what it would take to decarbonise transport?

Whilst the UK's overall carbon footprint has reduced significantly over recent years, mainly thanks to a very rapid switch from coal to renewable electric power generation, the carbon footprint of transport has not changed much: increases in transport volume have broadly soaked up all the improvements in efficiency. As a result, transport has been an increasingly large share of the total emissions. (I am using the UK government figures which, as is standard, refer only to domestic emissions and do not include international aviation or carbon embedded in imports. The situation is complex and subject to many debates, but for these purposes the trends are valid and the overall picture is clear.) We cannot limit the damage we are doing to the climate, without getting a grip on the carbon that transport dumps into the atmosphere.

All this preamble is well understood and not contentious – the question is not "what do we need to do", or "why do we need to do it", but, rather, "how can we get this done?".
There is no shortage of activity. The Government published a 'plan for a plan' in March of 2020, revising it in December to delay the date on which their plan would be published to March 2021. It is easy to criticise this delay: and yet no-one pretends to know exactly how we can achieve this. The precautionary principle would suggest we should get on with stuff now, recognising that we will have to change and adapt as we go on, rather than wait to build a better plan...

To help move things along, the Prime Minister made an important statement on climate change in which, among other goals, he brought forward the date for replacing the sale of internal combustion engine cars to 2035. We could criticise the lack of detail under this target, but as a statement of intent it is important and will cause a lot of work to be done to fill in the blanks.

Meanwhile hardly a day goes by without some think tank, consultancy or company publishing their take on what should be done. This is all helpful : the market of ideas is not damaged by over-supply.

But, away from the documentation of the plan, we all know what fundamentally needs to be done, don't we? Cars are going to be electric, and LGVs are going to be powered by hydrogen. All the rest is detail, surely?

There are a couple of catches with this: firstly, the amount of detail missing is monumental. There is a lot of technical, economic and organisational knowledge that we simply don't have yet. To put it another way there is quite a lot of research that still needs to be done before the plan can even be sketched out. For example, there is not yet a supply of hydrogen-powered heavy vehicles and, even if there were, there are no working models of a 'hydrogen economy' that can supply, distribute and use the industrial quantities of clean, green hydrogen that would be required. In fact, we have not yet done the work to prove whether hydrogen is the right choice, or whether we should be going to hybrid solutions based on electrification of major routes or using biofuels for non-electrified sections of the journey.

I am an optimist about the ability of scientists and engineers to work this out (not surprising, you might say, since TRL exists precisely to do that sort of work...and my experience at TRL has, indeed, reinforced my belief in the power of science to find answers), but, nonetheless, there is much to do and only a limited time to do it so...the sooner we start...

The second catch is, I believe, potentially a bigger one. At TRL we believe (and here I plug our recently published white paper on decarbonisation) that technical fixes to the vehicles and infrastructure that support our transport networks are not enough. We believe that we will need to address transport demand: every person and every company will need to think about their transport choices. We are not alone in thinking this: the Climate Change Committee have just published their recommendations for the UK's sixth climate budget and they model (p96) "...reduction in travel demand..." as a key contributor to a zero carbon future.

You may be asking yourself "why is this a catch?" There is nothing intrinsically novel about demand management being part of policy...all resources are limited and making arrangements to share things so we can live peacefully together is one of, (perhaps the central,) jobs we ask our governments to do for us. In transport, though, demand management has not traditionally been an explicit part of the public conversation. In fact, most transport conversations play the other way round: Ministers want to be seen to relieve constraints by spending on new roads, or extra trains, not tell people they need to travel less. This perspective has been reflected in the way that transport has been planned ("predict and provide") and justified (the Transport Appraisal Guidelines (TAG) have been criticised for having, allegedly, prioritised the presumed economic benefits of faster journeys over the other costs and benefits of investments). What is more, transport becomes "encoded" in the built environment. Once a house has been built at the edge of town, far from a bus-stop, school, pub, shop or my work, and I have bought it, I am committed to using a car to live my life. Without changes in these constraints I cannot, realistically, change my travel patterns, even if I agree that the resultant carbon footprint should be reduced.

So, does this mean we are doomed? No, I do not believe it does. One of the (few) positive things about the global pandemic of 2020/21 is that we have learnt that behaviours can change very rapidly, given the right incentive. We have also learnt that there are often more options to get things done than we had previous believed. White collar workers have found that working from home is not only possible, but even had some advantages over the old commute. Shops and restaurants have had a very challenging time (sadly not over yet) but there are even glimmers of other options here with massive increases in remote delivery and different service models. With so much more to learn and much more detail to be filled in, transport demand, every bit as much as battery design, or hydrogen distribution networks, is in urgent need of experiment and research and public debate. 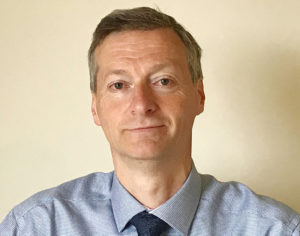 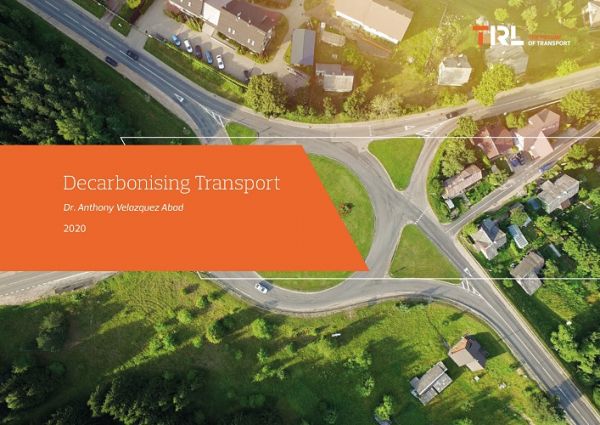