Today is World Car Free Day when all around the world towns and cities allow people to experience streets free of motor traffic. As people support this day all over the world Eunomia wonders what is really stopping us from getting to a world where we no longer need fossil fuelled cars?

This year COVID-19 posed the single biggest and most immediate threat to the human race that it has ever had to overcome. The globally unified reaction to this was to ground everyone, restrict movement, and encourage social distancing in an effort to stem the spread of the virus. This resulted in a glimpse of the car-free future for towns and cities which so many of us working in sustainable transport hope to achieve; and, for which world car-free day seeks to demonstrate each year. The absence of significant amounts of road traffic in towns and cities resulted in noticeably cleaner air, and quieter and more pleasant environments. Air quality monitoring stations in London recorded a 26 per cent reduction in air pollutants following lockdown, and images of horizons viewed from cities previously obscured by thick clouds of pollution were circulated around the internet. Despite this very real and tangible experience of cleaner living yielded by a near-car-free scenario shared by everyone nationally, our obsession and addiction to cars persists and shows no signs of abating.

Just a couple of months after national lockdown measures in the UK were lifted, traffic levels have soared above pre-lockdown levels. This has occurred as a result of public demand to return to work whilst avoiding the risk of 'reduced distancing' on public transport; and negative public reaction to emergency cycling infrastructure has led to the hoped-for expansion of active travel infrastructure failing to materialise, and in some cases being removed. Meanwhile the Government continues to announce significant investment in road building, and the development of new forms of motor vehicle, as indicated by the recent call for evidence that self-driving vehicles can be driven safely on city streets and motorways.

So, why can't we break this cycle? – The UK has long been an economy which is partially dependent upon the manufacture, purchase and use of cars. As such, it might be appreciated that successive Governments have sought to make car ownership an aspirational part of UK life. This is very much evident in: the ways in which the Government makes investment decisions for transport which are largely biased towards motor vehicles. These include the push for electrification and the development of autonomous vehicles and the erosion in value of taxation on driving and car ownership, which could otherwise incentivise behaviour to reduce use and the associated carbon and air quality pollutant emissions. As a result, we are locked in a cycle whereby the UK Government's actions contradict its messages to decarbonise and reduce the negative impacts on public health from the transport sector.

The road to somewhere better

Visions of our transport future have long held the promise of technology delivering us for the problems of the present, much like the images predicting a glorious future delivered by the motor vehicle, which in reality resulted in a dystopian congested and polluted future which is killing people and the planet; we are once again being sold a happy idealised vision of a guilt-free fully electric and autonomous future – the reality of which may be very different.

Learning from the mistakes of the past

The global lockdown and annual car free day should act as an opportunity for the public and politicians to think about where we really need cars, and what future mobility could look like without them. Electric car technology has been developed for cities because that is where the previously shorter driving ranges have been most applicable and viable. However, in cities we should be aiming for mass transit solutions and more energy efficient means of transporting large numbers of people which are economically viable due to the critical mass of demand; and, focus on pushing electric and autonomous vehicles (in the form of demand responsive transport services) out to rural areas which are likely to be genuinely dependent on cars for a long time to come.

To make progress towards a car-free future, we need two foundational changes.

Firstly, public sector decision making needs to change. It is hypocritical that in strategies such as "Gear change" and the "Transport Decarbonisation Plan" (currently under development) the Government seeks to make walking, cycling and public transport the natural first choice for the public, when they are not the natural first choice for the Government when making decisions related to investments in transport infrastructure and R&D. Public sector decision making is currently biased towards the motor vehicle, as a result of outdated appraisal methods, and under-counting the negative impacts of the mode, such as carbon and air quality pollutant emissions; and, under-counting the positive impacts of zero emissions and improved public health realised by walking and cycling. This fundamentally prevents the second change required, which is to cure the public's addiction to car use which will only be achieved by a transport system which provides suitable alternative transport solutions, coupled with a system of incentives which are appropriate for the challenge which confronts us – something which we have only shied away from, as demonstrated by the Government's decision to barely increase fuel duty since 2000 which, adjusting for inflation, has resulted in a lower duty rate on all fuels than at the start of the millennium.

We can achieve a utopian future of sustainability within the sector of transport, but it needs these changes which address the causes of our addiction, rather than treating the symptoms with new and exciting technological remedies and elixirs such as electrification and autonomous vehicles. – It is time to stop kicking the can down the proverbial road – maybe we should even dig up some roads and start fixing our addiction now. 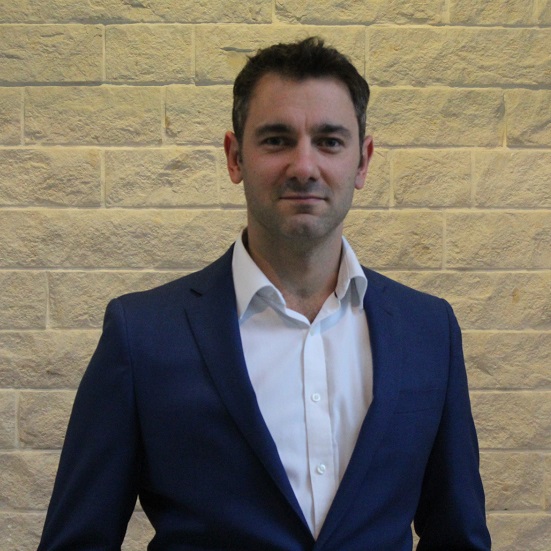