The prime minister needs a thriving aviation industry. He won last year's election on two clear promises: to create a Global Britain outside the EU and to level up all nations and regions of the UK. In an interconnected economy, these objectives can't be achieved without world-class international links.

The immediate threat comes from Covid-19. Few industries will be hit as hard as aviation. Last week brought news of sharp declines in flight bookings as businesses restricted travel, holidaymakers deferred decisions, and whole countries started to be put into lockdown. Coming in the wake of Flybe's collapse, this puts huge strain on regional airports, many of which may struggle to stay in business. The Chief Executive of British Airways has sent a video message to staff entitled "The Survival of British Airways". Flybe is unlikely to be the last airline to fail in 2020.

The Government has taken some positive steps. The Secretary of State for Transport has successfully called for the suspension of the use-it-or-lose-it rule regarding airport slots. These are allocated by an independent coordinator and the rules require airlines to utilise each of the slots they are awarded a minimum of 80% of the time if they want to retain the right to that slot. The Government is also reviewing of Air Passenger Duty (APD). As the industry deals with sharp declines in bookings as a result of Covid-19, there is clearly a case for immediate temporary relief from at least some APD.

But the Government's response must be accelerated. The APD relief announced after the January deal designed to save Flybe turned out to only come into effect in 2021 and so was ineffective in preventing the airline's collapse. Further financial support for the industry should not be considered only in the form of direct assistance but also in terms of what costs the Government can ease for the industry. For example, pausing government-mandated modernisation programmes could help to focus financial and personnel resources to where they are most needed.

Of course, it is also important that early thought is given to reverting to the norm, however far away that might feel today. The reintroduction of the 'use it or lose it' rule will need to be done carefully, and Covid-19 should not be to backpedal on the Government's laudable commitments to essential programmes such as airspace modernisation. Equally, it is right that the strategic review of APD should be considered independently of the current crisis. It not only undermines the competitiveness of UK aviation – particularly connections that are on the cusp of viability such as more isolated communities and emerging market trade links – but it also doesn't incentivise the industry to improve its environmental performance. Review is overdue.

All of this made it surprising that the only mention of aviation in the Budget speech last week was to highlight the fact that some of the Chancellor's significant investment in the strategic road network "will pay for work on over 20 connections to ports and airports." Connections to and from airports are of vital importance, although most airports would rather hear that the Treasury had a serious plan for improving more sustainable links like railways. The absence of aviation is even more concerning when you consider another of the chancellor's key themes. He not only promised a "world-leading response to the coronavirus" but also that "if the country needs it, we will build it." Aviation is a critical to both.

Few infrastructure projects are as needed by the country, and as overdue, as the expansion of runway capacity in the south east. The industry will eventually recover from Covid-19, the future will involve extensive international travel, and that air travel will, ultimately, be carbon free. As with all industries, there are challenges in terms of transitioning to clean forms of energy production. But this cannot be used as an excuse to constrain the UK's long-term potential as a hub for talent, investment, and trade. After all, this is precisely how we build a more global Britain and prepare our economy to weather future crises like the one we are currently living through. Let's not forget that 40% of the UK's non-EU exports travel out of Heathrow – it is the UK's largest and most important port.

The UK can either choose to sit in pilot's seat or let others lead on these challenges and fall behind. And when the UK has led in the past – both in commercial aviation, and in combating climate change – we have achieved great things. This is the sort of bold vision that is required to deliver on the promise of a global Britain outside the European Union. The next opportunity to fill in these gaps and put us back on the right flight path is when the Government finally publishes the National Infrastructure Strategy. This was due last year, then expected alongside the Budget, and is now promised in the coming months. The industry will need all the support it can get as it recovers from the global impact of Covid-19 and UK aviation cannot afford to be put into yet another holding pattern. 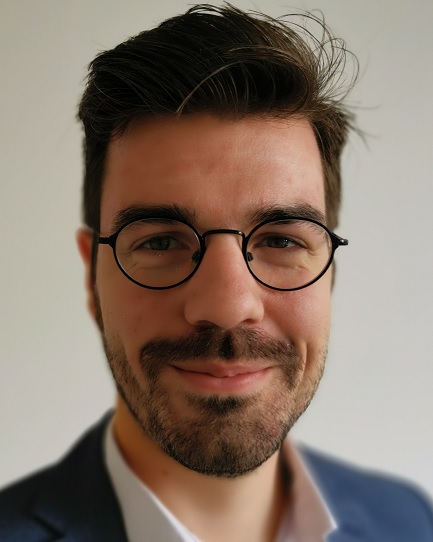