A key part of our national highway network is the Major Roads Network, rightly identified in a study by David Quarmby and Phil Carey for the Rees Jeffreys Road Fund in 2016 as being neglected territory and in need of attention. A specification of the MRN has now been determined by DfT following consultation: it comprises a set of A-roads that are important (meeting specified minimum traffic level thresholds), but fall below those in the higher-rating Primary Roads Network. To these roads, and to 'large local major' road schemes in England, the Budget of November 2018 allocates £3.5bn over the RIS2 five-year plan period, hypothecated from Vehicle Excise Duty (VED).

All kinds of measures for the MRN, including those that improve safety for example, and/or provide facilities for cyclists, pedestrians and bus users (say through bus lanes) as part of a wider scheme, could be eligible for the new fund. Submissions are to be made by Statutory Transport Bodies or, where they don't exist, regional groups of councils.

So, what's not to like? Subject to the funding being forthcoming and to DfT being able to process the applications, this reads like a sensible part of a multi-year, multi-objective, roads investment strategy; indeed, the MRN is one component that acknowledges the important role of regional bodies rather than Westminster deciding priorities. True, public transport-only schemes are ineligible, but their inclusion might be seen by some as stretching the acceptability of VED-sourced funding. And separate funding channels are available for public transport schemes (the Transforming Cities Fund and devolution deals) anyway – although these are not richly endowed.

Unfortunately, the real and perhaps singular purpose of the new arrangement was revealed by the Department in what psychologists would recognise as a case of parapraxis:

"The Government's priority for the MRN will be to increase capacity through enhancements to the network."

This, appearing on p27 of the Government's response to consultation on the Major Roads Network in November last year, is a remnant view, recognisable to old-school 'Ministry of Roads' watchers: forget other stated aims, we need more road-space. Handy enough for Ministers who want to be able to source something with direct appeal to the motorists' lobby, which remains alive and well, if under new management. It is a priority based on an outdated 1980s belief that we can build our way out of the problem of an over-burdened road network.

There is a real policy clash here. Local authorities have the existential challenge of trying to achieve compliance with EU nitrogen dioxide limits. The adverse health impact of NOx emissions is not in doubt according to Defra, and at the roadside, 80% of emissions come from road vehicles. Defra's aim is a 73% reduction in NOx emissions by 2030. Compliance obligations are urgent and several cities including Leeds, London and Birmingham are drawing up plans for Clean Air Zones that will place major new charges on road users. So hopefully, here at least, less traffic.

Substantial charges are likely in London, to be progressively extended beyond the existing congestion charging zone and without exclusions for weekends, although new-engine vehicles will be exempt. Elsewhere, ClientEarth says that there are substantial areas where NOx reduction plans have missed deadlines. Remember, there is no old-vehicle scrappage scheme; electric vehicle take-up is still at tiny levels; and little is being done to address the problem of particulates from tyres and brakes.

Increasing the capacity of the national road network as a priority doesn't sit well alongside measures to improve human health in dense urban areas through traffic restraint measures designed to improve air quality.

To be fair, this is not a new problem. I am reminded of the story of how a horrified President Eisenhower learned of the furious protests taking place in Baltimore as a key cross-city element of his Inter-State Freeway programme surfaced on the west side of the city. He had happily, but wrongly, assumed that the Interstate would be built across the wide-open plains of the mid-West rather than penetrate cities and require wholesale property demolition.

Yes, the £3.5bn is going to be spread over small schemes and the US comparison is extreme, but it illustrates the point. We have never been good at joining-up transport systems for cities with those in surrounding regions: one transport mode does not fit all needs. It is hard not to perceive a need for a set of modal interchanges and high quality public transport as a norm to complement the (now well-funded) successive RIS 5-year plans. The costs involved in these complementary measures to address 'the last mile' to reach urban centres are not being met by current levels of funding.

Meantime, I'm going to give DfT report authors the benefit of the doubt and assume they meant capability not capacity. 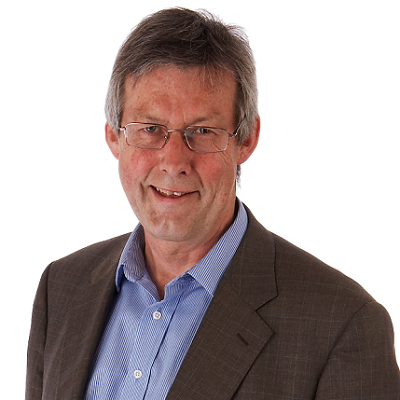 Jim Steer is a founder and director of Steer