Last week Parliament passed legislation to commit the UK to net zero emissions by 2050. For those of us who have been campaigning for Government to make climate change a much higher priority this was a big step forward. Whilst it could be argued that the target should be earlier than 2050, it nevertheless puts the UK out in front internationally, and earns us the right to host the COP26 Climate Summit in 2020.

We have won permission to be heard. The question now is what do we do? It is up to each of us in our different sectors to demonstrate how we will play our part in achieving this target.

Road transport accounts for 90% of carbon emissions from transport, which is the highest emitting sector. Road transport is also a major source of toxic air pollution, contributing 80% of nitrogen oxide concentrations at the roadside. Sustainable transport has a vital role to play in reducing emissions from road transport and tackling congestion which exacerbates both CO2 and NOx emissions.

The imperative to act couldn't be greater. The five warmest years on record occurred since 2010. The incidence of flooding, fires, hurricanes and drought is increasing at an alarming rate. Air pollution causes an estimated 40,000-50,000 early deaths a year, and the cost of health problems resulting from exposure is estimated at £20 billion per year. Congestion is growing and forecast to cost the UK economy £21 billion by 2030.

There is focus on these issues in current Government policies. The Clean Growth Strategy highlights economic opportunities, that the low carbon economy could grow at 11% per year between 2015 and 2030, four times faster than the projected growth in GDP. Through it's Clean Air Strategy Government has committed £3.5 billion to tackle poor air quality through cleaner transport. The Road to Zero sets out a vision for a cleaner road transport system includes the target that new cars and vans will be effectively net zero emission at the tailpipe by 2040.

However, policies do not go anywhere near far enough. There is no comprehensive strategy for the decarbonisation of surface transport, and there is a conspicuous lack of focus on sustainable mass transit. The Committee on Climate Change (CCC) has criticised Road to Zero strategy as insufficient to ensure reductions necessary to meet fifth Carbon Budget in most cost-effective way, let alone what will be necessary to achieve the net zero target. Policies will need to ramp up considerably - for example the date for phasing out diesel and petrol cars should be brought forward to 2035 or 2030.

Last year emissions from surface transport were 6% higher than 2013 and 4% higher than 1990. New car emissions rose for first time since 2000, with SUVs accounting for 18.1% of new cars compared with 7.7% in 2010. Moreover, congestion is rising and urban traffic speeds are falling by on average 2% every year. In nose to tail traffic emissions are up to four times greater than they are in free flow traffic. Congestion will have to be tackled if we are to achieve the necessary emissions reductions.

The big risk is that current trends are leading us in the wrong direction. At a time of massive change in the UK's Mobility landscape, a key priority must be to capitalise on the benefits of innovation to reduce transport emissions and congestion. However, in scenario modelling the Government Office for Science has advised that current "trends unmodified" lead to a reduction in public transport and increased congestion.

There is no national strategy for increasing bus usage or in-depth analysis of the potential contribution of mass transit to delivering UK carbon budgets. Also the emphasis on purely "technological" policies for achieving decarbonisation means that important fiscal measures do not receive full consideration, such as using fuel duty to encourage fuel efficiency or moving to a system of road user charging.

All the price signals are pointing the wrong way. The cost of motoring is falling compared with the cost of using public transport. The freeze in fuel duty since 2011 has caused 4% increase in traffic, up to 200 million fewer bus journeys and 60 million fewer rail journeys, an additional 4.5 million tonnes of carbon emissions and 12,000 additional tonnes of NOx. The 2018 RAC Annual Report on Motoring has shown that drivers dependency on the car has increased, with 33% saying that they are more dependent on their cars than a year ago and a quarter of these blaming a deterioration in public transport.

What we are currently witnessing is a massive missed opportunity.

Cleaner, greener buses are already delivering on our air quality and climate challenges. There are 7,000 low carbon emissions buses in operation in GB. Progress in clean bus technology has far outstripped progress in car technology. A modern diesel bus produces fewer emissions overall than a modern diesel car despite having 15 to 20 times the carrying capacity.

On Monday Greener Journeys launched Catch the Bus Week 2019 at Waterloo bus garage. It was a particularly timing and fitting venue, given Parliament's momentous net zero decision last week. Waterloo hosts the largest fleet of electric vehicles in the UK. It was the first bus garage outside China to go 100% electric and has attracted worldwide attention. 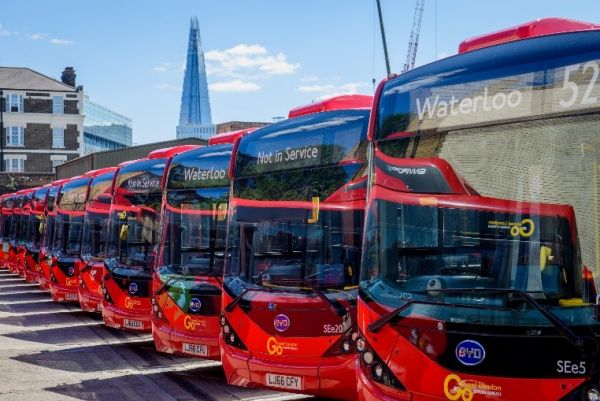 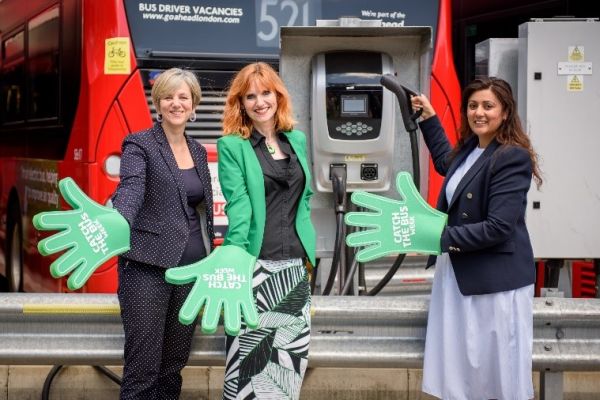 We need to do more to raise awareness of the massive progress made in the decarbonisation of the bus sector. Low Carbon Vehicle Partnership analysis demonstrates that buses are leading the way on the road to zero. In 2018, 4.2% of new buses registered were zero emission at the tailpipe, compared with just 0.6% of pure battery electric vehicles.

We need to do much more to maximise the role that bus and other forms of sustainable transport can do reduce emissions from road transport. Changing existing travel behaviour by encouraging switch from car to walking, cycling and public transport delivers immediate, proven and cost-effective benefits.

Following its decision to commit the UK to net zero emissions by 2050, Government must now match fine words and good intentions with action. A comprehensive strategy for the full decarbonisation of surface transport with sustainable transport at its heart would be an excellent place to start. 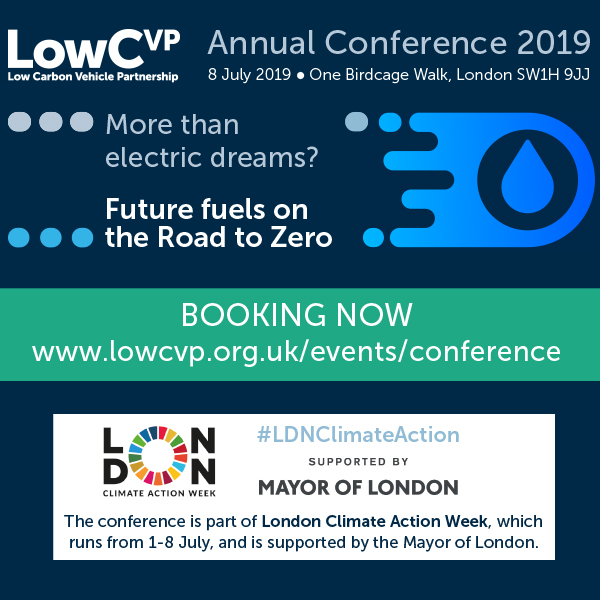