Transport Planning? How About Proximity Planning?

If transport planning seeks to facilitate the movement of people and goods from A to B, and urban design seeks to make A and B more attractive places, then what is the discipline seeking to bring A and B closer together?

For too long we have focussed our energies chiefly on getting people and goods from A to B. In the process, A and B have grown farther apart, we have built an over-sized spatial environment dominated by roads and motor vehicles, and our daily destinations have dispersed out of reach of our feet. In 'Hypermobility' (2000), John Adams described the social costs of this distortion of the landscape, as did Ivan Illich in 'Energy and Equity' (1973). Many others have documented the environmental costs.

Yet now it seems that our society is ready for a positive alternative, returning to a human-scaled environment based on 'hyper-proximity', in which a wide range of amenities can be found within a short walk of our doorsteps. This means bringing A and B closer together – enhancing and expanding what our neighbourhoods have to offer. We are aiming to move beyond the monoculture of the 'housing development' into 'live, work, play' mixed-use neighbourhoods, with the sense of place and a sense of community that only come from spending more time near to home.

In terms of recent momentum, this has been led by the '20 Minute Neighbourhoods' of Melbourne (since 2018) and the very similar '15 Minute City' efforts of Paris (2020), with both gaining traction globally as we slow down and rethink our mind-sets under Covid-19.

But if we're going to emulate and scale up these efforts to the necessary level of ambition, it's going to take a new profession to make it happen. Let's call it proximity planning. It will need to draw on people from backgrounds in transport, urban design, town planning, geography, ecology and other disciplines, but it must be independent from each – and I'll explain why. It also has to be a field with a unifying ethic and a sense of passion and urgency, like conservation biology or permaculture.

Why not just slot in proximity planning as a sub-set of town planning? In short, we need to move beyond each field's own useful but narrow way of thinking and not have any one of these existing fields dominate in decision-making. Each field, on its own, can offer only partial answers. In fact, local residents should ideally lead the way, with proximity planners serving to facilitate the process.

The effort would require something like a modified 'Six Thinking Hats' technique, where you temporarily adopt the thinking of each of various fields in turn, to view problems from different angles and perspectives. Here are examples of six hats, but there could be many more:

1. Wearing the 'transport planner hat', you could explore how best to provide walking and cycling routes along with public transport to connect each neighbourhood and beyond.

2. Wearing the 'ecologist hat', you could suggest that these walking and cycling routes could be park-like green spaces that double as wildlife corridors, connecting the city to the countryside and offering things to see and do along the way.

3. Wearing the 'town planner' hat, you could look at where particular types of destinations should be physically located, to create synergies through clustering whilst avoiding the mixing of uses that negatively impact upon each other.

4. Wearing the 'geographer hat', you could map out where there are geospatial gaps in current amenity levels (e.g. 'food deserts'), to inform efforts to plug those gaps.

5. Wearing the 'health/social worker hat', you could look into new services that would address residents' health, physical activity and social needs including for those with disabilities.

6. And wearing the 'urban designer hat', you could propose specific aesthetic properties for each neighbourhood and encourage experimentation to transform spaces into places.

So far, this would seem straightforward. But it would inevitably lead to more expansive thinking across disciplines, such as:

• What if we consider the urban environment as 'human habitat' and explore the conditions where pedestrians thrive (to the point where they are in the majority)? We could then think about connecting the core, prime pedestrian habitats in the city and neighbourhood centres via safe 'pedestrian corridors', to avoid creating conditions where pedestrians are 'threatened' (i.e., where their numbers dwindle) due to marginal habitat.

• As permaculture design encourages the selection of plants that serve at least three uses, why don't we also seek to create multiple uses for specific urban spaces? What about opportunities to combine multiple public amenities under one roof, as in Hawes?

• Can we apply permaculture's spatial zones (or those of the 'decluttering' movement) at neighbourhood level, so that the destinations required most frequently are the closest to the front doors of the most residents?

• What useful existing measures can be adapted or expanded, outside of the fields normally represented at the table? For example, there is an existing 100% 'rural rate relief' for business rates on the first shop or post office in an area with a population below 3,000. Could this sort of mechanism be applied in a more targeted way at the local level to encourage the establishment of specific types of amenities where they are lacking?

There is so much for this new field to take on, and nearly every community has a great need for this work, in some form, to commence – or to be boosted where residents have already made a start.

Yet the proximity planning field does not, and should not be forced to, fit within any existing discipline. The limitations of transport thinking have brought us the car-based transport system, and transport thinking alone will not lead us out of it. The constraints of the other fields are no better.

So as a 'modest' proposal, let us take 10% of the transport planners, and 10% of those in each of the other mentioned fields, put them together under a new banner, and make things happen! 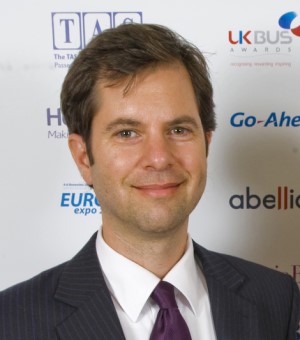 Randall Ghent is Business Operations Manager at Act TravelWise, where he is organising the 26-28 January conference 'Creating a Blueprint for a Post-Covid World - Local, Connected, Clean & Active', which will feature a session on Localisation & Proximity Planning (registration now open).