To find the best route to net zero, ask directions

If the UK Government is serious about wanting to deliver its own legally binding target to reduce greenhouse gas emissions to net zero by 2050, the public's acceptance and engagement with the need for behaviour change is absolutely vital.

Step forward, Climate Assembly UK - a ground-breaking initiative for Parliament in which six select committees commissioned the first UK wide citizens' assembly on climate change. Given the impact the move to net zero will have on our lives, we wanted to understand the public's preferences on how the UK should tackle the net zero commitment. The Transport Committee was one of the six and as Chair at the time, I was excited to be in at the start.

Last week, the Climate Change Committee (CCC), the independent body established to report to Parliament on reducing emissions, published the Sixth Carbon Budget. This 1000 page advice report sets out the path to net zero over the next three decades.

It's the first time we've seen a detailed plan for how the UK can become fully decarbonised – and it's peppered with references to the Climate Assembly. The authors acknowledge the 'significant overlap' between the conclusions of the Assembly's final report and the scenarios and policy priorities the CCC sets out to government ministers.

The strength of the Climate Assembly is drawn from its members. It's almost one year since more than one hundred people made the journey to Birmingham for the inaugural meeting. Parents, grandparents, health workers and engineers were among the Assembly Members who were deliberately selected from different regions, age groups, gender, ethnicity and with differing attitudes to climate change, ensuring a representative sample of the UK's population. That first weekend, it was really striking to be in the room with the Assembly members and see a cross-section of UK citizens looking back at you.

The Assembly considered how we travel, what we eat and how we use the land; what we buy; heat and energy use in the home; how we generate our electricity and greenhouse gas removals.

In my own area of Transport, the Assembly recommended an early shift to electric vehicles and improvement of public transport to make it cheaper, reliable and more accessible. They also backed more local services, amenities and transport links.

For air travel, the Assembly aimed to balance protection of travel and lifestyles with a limit to how much air passenger numbers can grow. Its recommendations include taxes that increase as people fly more often and fly further, as well as investment in new, cleaner technologies.

Large majorities of assembly members agreed that three ways of generating electricity should be key part of how the UK gets to net zero: offshore wind, onshore wind and solar power. They were less keen on nuclear solutions. Members also backed three ways of removing greenhouse gases from the atmosphere: forests and forest management; restoring and managing peatlands and wetlands; and using wood in construction.

The CCC recommends four steps to deliver the Sixth Carbon Budget: the take up of low-carbon solutions; the expansion of low-carbon energy supplies; reducing demand for carbon-intensive activities and land and greenhouse gas removals. We're on the same path to net zero.

On the Transport Committee, we've begun to explore how we decarbonise our journeys. Our Trains Fit for the Future? inquiry looks at the Government's plans to decarbonise the rail network and the role electrification and alternative technologies such as hydrogen and battery can each play. We've launched an inquiry into the appraisal and delivery of major transport infrastructure, projects which can significantly impact on the UK's greenhouse emissions, both positively and negatively. Our work on active travel has continued, with a look at how e-scooters have the potential to offer a low cost, accessible and environmentally friendly alternative to the car for short journeys.

The Climate Assembly report issued a strong call to us in Parliament and Government to rise to the challenge of achieving net zero in a clear, accountable way. The message came over loud and clear – Assembly members wanted Government to seize this opportunity for a post-Covid green recovery. They wanted a principled approach of cross-party leadership underpinned by education, choice and fairness at the heart of all decision-making.

The voices of Assembly Members provide a timely, valuable body of evidence to inform the important policy choices needed to deliver net zero. This bellwether report demonstrates that if people understand what is needed, and why, public support for the measures to support the transition to net zero can follow. 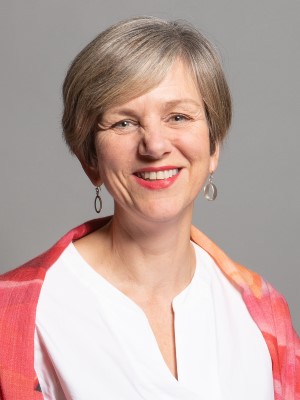 Lilian Greenwood is the MP for Nottingham South. She chaired the Transport Select Committee from 2017-2019 and remains a member.