Taking stock: the impact of transformation in the UK rolling stock market 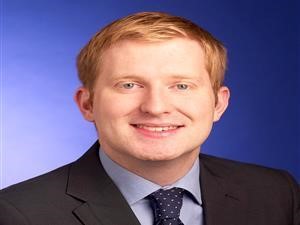 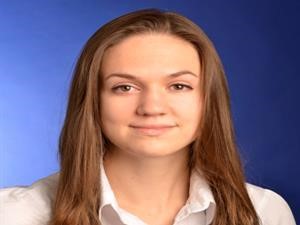 Of all parts of the GB rail supply chain, it is arguably the rolling stock leasing and supply market that has undergone the most significant disruption in the last two to three years.

Many of the franchises awarded over this time period have seen transformative – and in some cases unexpected – levels of investment in new rolling stock. These include:

As with any market transformation, there are a variety of factors driving these outcomes, but five are immediately apparent:

1. Lower interest rates. From 2009 to July 2018, the Bank of England base rate was no higher than 0.5%4. Rolling Stock Operating Companies (ROSCOs), who own the vast majority of passenger rail vehicles and lease them to Train Operating Companies (TOCs) can therefore finance new rolling stock at a far lower cost of capital than they could achieve when they were financing older rolling stock. For example, trains constructed in 2006/07, which are still less than one-third through their useful life, would have been subject to significantly higher interest rates than current new-build trains (base rate for the period was 4%-6%).

2. Greater competition. In the past five years, the ROSCO market has grown from just three or four major players to a far more competitive market, with market entry from – amongst others – Rock Rail and Corelink. This increased competition is partly due to lower interest rates, and partly due to the removal (mandated by the Competition Commission in 2010) of the ROSCO non-discrimination code5. In addition, the rolling stock manufacturer market has also grown, with Stadler, CAF and Hitachi successfully winning major orders, and Talgo prequalifying for the HS2 rolling stock competition. This increased competition has widened choice for franchise bidders and is likely to have played a part in reducing new-build costs.

3. Section 54 guarantee expiry. Guarantees under Section 54 of the Railways Act 1993 (which provide for continuity of usage of rolling stock on franchise handover) have now largely expired, and are rarely offered on new-build stock (with the exception of major DfT-led rolling stock procurements). This provides franchise bidders with a 'freer hand' to make rolling stock decisions and hence choose new rolling stock over existing rolling stock.

4. Increasingly challenging operational requirements. The requirements and demands from passengers – both in volume of service and expectations of service quality – continue to increase. The Department for Transport (DfT) typically reflects this in franchise invitations to tender (ITTs) by requiring increases in train service provision (such as increased frequency, reduced journey times, reduced dwell times, and better on-board facilities for customers). While existing rolling stock can often be modified to meet and exceed these requirements, it provides an additional factor reducing the cost competitiveness of existing rolling stock against new-build rolling stock. The requirement for all vehicles to be accessible to customers with reduced mobility by 2020 has also contributed to change in the relative cost of new and existing rolling stock for some fleets.

5. Increasing importance of quality. Each UK rail franchise is awarded based on a risk-adjusted price element (premium/subsidy) and a quality element. The relative proportion of these two elements varies between bids, with the importance of quality compared to price increasing on recent franchise bids. KPMG has conducted analysis on recent franchise bids comparing the relative weighting between:

This analysis demonstrates a clear increase in the relative importance of quality from bid to bid (note that it is likely to overstate absolute importance, for the factors noted above).

The table below shows the relative weighting of quality in ITTs, which has increased from 13-17% on the Essex Thameside and East Coast franchises awarded in 2014 to 50-70% in the three current live bids (South Eastern, West Coast Partnership, and East Midlands).

Source: KPMG Analysis based on DfT ITTs and financial templates available at www.gov.uk

However, despite the increase in the weighting of quality, the range of quality scores between competing bidders is often reasonably tight. This suggests that risk-adjusted price remains a fundamental factor in rolling stock decisions. Therefore price-related drivers (such as lower interest rates, and the lower operational cost of newer vehicles) are arguably more significant drivers of the trend towards new rolling stock than the increasing quality weighting.

So what are the implications of this market transformation?

For customers, the impact is positive. Providing that the new vehicles can prove at least as reliable as the vehicles they are replacing, then customers will benefit from newer trains with better facilities (e.g. passenger information systems, air conditioning) and in many cases additional seating and/or standing capacity.

For TOCs and manufacturers, the critical objective now is to ensure a successful delivery into service. Rail owning groups will be watching delivery of the new fleets with interest. Any high-profile issues in delivery may encourage future bidders to select existing rolling stock to reduce both risk and risk-adjustment in evaluation.

For ROSCOs of both existing fleets and new fleets the priority must be to adapt and adjust to the changing market by staying close to their owning group customers well in advance of any potential ITT.

Ultimately, the largest determinant of whether the trend towards new vehicles will continue is likely to be how the used rolling stock leasing market responds. Should the owners of these fleets be able to provide a competitive all-in cost, then they will provide a genuinely attractive, lower-risk product to franchise bidders. Should they fail to adjust, it is likely the trend towards new trains will continue.