Road pricing is essential: we must face down the ghosts of past failure

"Never let a good crisis go to waste", as Winston Churchill may once have said.

Covid has been a disaster for public transport but it also made the unthinkable, thinkable.

And when the health crisis ends, the debt crisis begins. Covid caused an increase in public sector debt equivalent to the total debt when I started my career in 2002.

One of the first places the Chancellor will look to balance the books is motoring taxation.

The Labour Government created a burning platform by linking Vehicle Excise Duty to emissions. If the Government sticks to its target of phasing out the sale of petrol cars by 2030, VED and fuel tax revenues will collapse within the next decade. The resultant £40bn hole is almost equivalent to the entire schools budget.

This is urgent. As the Institute for Fiscal Studies (IFS) pointed out in October 2019,

There is a window of opportunity... before revenue from fuel duties disappears entirely.

Within years, a tipping point will be reached when so many people have low emission vehicles that "existing taxes are eroded to the point that we have virtually no taxes on motoring at all".

That will make any new charges politically toxic as it will not be possible to take away an existing tax in return.

The answer to the black hole must be road pricing, and the timing must be now.

Electric vehicles are better than internal combustion engines, but they are still a disaster compared to public transport. Studies vary but petrol cars produce around 180g of carbon per km. Even assuming fully renewable energy, an electric car generates 60g of carbon per km (thanks to carbon-intensive manufacturing and disposal). By contrast, a Euro VI diesel bus with 60 people on board will emit around 20g.

Road pricing has the ability to achieve an extraordinary treble that puts Man City to shame. By pricing congestion fairly, it will ensure that roads are kept free-flowing. This will make buses, which overwhelmingly travel on congested streets, faster and more competitive.

Thirdly, it shifts the economics of motor transport away from upfront fixed costs that incentives repeat use.

It is hard to overstate the impact on public transport that this would have.

Moreover, done properly, it will benefit those motorists that have been most hostile to fuel taxes. I would expect rural motorists that depend on their cars and use free-flowing roads to pay nothing.

As soon as anyone mentions road pricing, someone else says 'politically impossible'. The history of the last attempt at road pricing in the early 2000s is immediately regurgitated.

We are reminded that the first large-scale petition on the Downing Street website was an anti-road pricing petition organised by a man called Peter Roberts, who managed to attract 1.8 million signatures. (I subsequently invited Peter Roberts to join me to open the new Haddenham & Thame Parkway station car park). Tony Blair took fright, and the idea was buried.

So confident are we that road pricing is politically unacceptable that we tend to stop arguing, and put it in the 'never going to happen' box. That's dangerous. Political history is riddled with policies that were never going to happen until they happened, and then became universally accepted. Compulsory education of children was incredibly controversial in the 1870s, the NHS was created in the face of determined opposition and, more recently, Sunday trading, privatised water and gay marriage were all politically impossible - until they happened.

Moreover, while Peter Roberts did a great job creating a sense of momentum, the data is more nuanced. Even ten years ago, over half of adults agreed that the current system of paying for road use should change so that the amount people paid was based on how often, when and where they used the roads. A 2007 survey of almost 2,000 adults by Ipsos-Mori found 61% support for road pricing if the revenue was used to improve public transport.

Two of the first three guests on my recently launched Freewheeling Podcast believe now is the moment for road pricing. Andrew Adonis, transport secretary under the last Labour Government, describes road pricing as 'an idea who's time has come'. Simon Calder, Travel Editor of the Independent, highlights how this is a way for the industry to go to Government with an ask that raises money as opposed to spends it.

It's actually remarkable just how receptive the environment is right now. A spate of articles in November last year reported that Rishi Sunak was looking seriously at road pricing. Auto Express reported it relatively neutrally while David King of the RAC was positive. Attitudes look set fair for road pricing.

And that's before you look at the breathtaking Statutory Guidance issued to local authorities by DfT last year. How many of us, at the start of 2020, would have expected the Government to issue binding rules that said this:

This stimulated a wave of road closures and bollarded bike lanes. While there were protests about these "Low Traffic Neighborhoods" (LTNs) in various local authorities, the sky didn't fall in.

If you don't agree with road pricing, obviously don't argue for it. But don't stay silent through fear of the ghosts of past failure.

Big brother is always watching you

Back in the early noughties, fears around "big brother" GPS surveillance were a big part of the opposition. Today, everyone carries a GPS device voluntarily, facial recognition cameras are on most street corners and Alexa listens into our conversations. 10 million of us have downloaded the Covid app, a piece of Government software designed to monitor our behaviour and send us binding instructions.

In such an environment, it is much harder to worry that road pricing technology is the first stage to state surveillance.

If we don't speak up, who will?

Road pricing is the 'killer app' of decarbonisation. It transforms the economics and potential of all public transport modes, enabling both faster journeys and more competitive fares.

Yet searches on the websites of both the Confederation of Passenger Transport (CPT) and Rail Delivery Group (RDG) reveal nothing on this most critical of subjects.

Indeed, when researching this post, I could find almost nothing that talked about the benefits that road pricing would offer to public transport.

That's remarkable as this isn't just about grabbing the opportunity of resetting the economics of transport in favour of public transport for the first time in a century. It's also about mitigating the risk that existing motoring taxes are allowed to lapse without anything replacing them.

Depending on the decisions we make now, and the energy with which we act, public transport will either have a golden century or a failed one.

So let's have campaigns, lobbying, focus, energy (and some seriously compelling letters to the Transport Select Committee, which is accepting submissions on this subject only until 17th February) before the door slams shut. 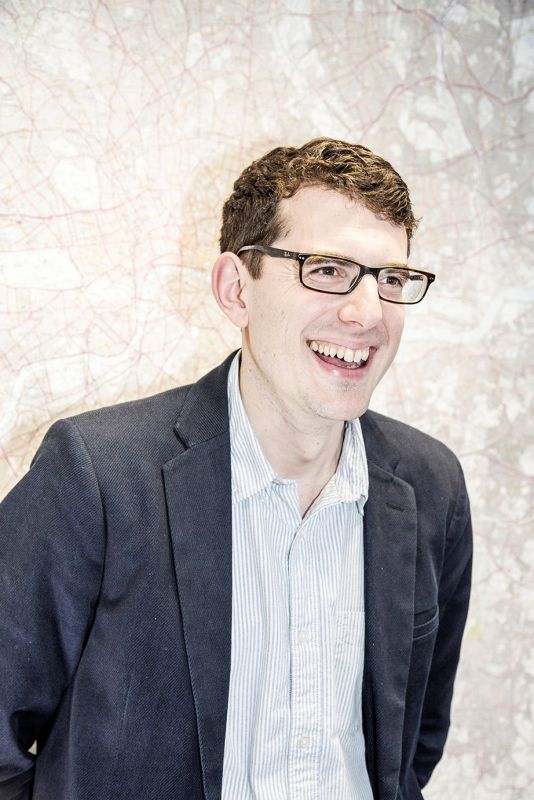 Thomas Ableman is founder and CEO of Snap Travel Technology and editor of the Freewheeling blog.