There's no getting around it: when it comes to reducing carbon emissions, transport is not doing well. In the UK, domestic transport emits more carbon than any other sector, but the good news is that the Government has recognised this and resolved to act through its Decarbonising Transport Plan.

Back in March, when it announced the plan, we called it "rather impressive" because it acknowledged that current policies to decarbonise transport don't go far enough. Specifically it said that electric cars - while important - aren't a silver bullet: we also need to be making fewer journeys by car and more by public transport, on foot and by bike.

Then Covid-19 hit and the transport sector changed overnight. Initially lockdown caused a spike journeys by foot and bike as people took to two feet, or two wheels - some for the first time since they were children - whilst all other modes dropped sharply. But now lockdown has ended and travel and working restrictions have been eased, car journeys have shot back up to pre-lockdown levels, aided by official Government advice that public transport should be used as a last resort.

Whilst thankfully the official advice about using public transport has now changed, millions of people still feel unable, or unwilling, to resume previous journeys taken by bus or rail and the idea of shifting more people out of cars seems a tall order at present.

The good news is that the Government is still committed to decarbonising transport and Covid, or no Covid, we are still legally bound to achieving net zero emissions.

One of the more positive effects of the global pandemic was a temporary reduction in emissions and an improvement in air quality, not just in the UK, but worldwide. Whilst this has proved to be short lived, it is evidence that rapid action is possible. Many people are also traveling less than they did before the pandemic and will continue to travel less as homeworking remains in place for many businesses for the foreseeable future. Active travel, whilst unlikely to stay at the lockdown peak as cars return to our roads and winter looms, is likely to see a permanent boost, especially given the Government's recent commitment to significantly improve walking and cycling for people across England.

So what should be in the Government's Decarbonisation Plan? We need to see a rapid increase in modal shift away from cars and to more sustainable transport modes. If public transport and active travel are going to be the first choice for most journeys (as the Transport Secretary promised) and we need to see national policies and funding decisions that support this principle.

At present, the Government is running a public consultation on the plan, to gather views and ideas. There's a danger that this vital consultation risks being crowded out by other concerns, so Campaign for Better Transport is encouraging as many people as possible to take part. To make it easier, we've published a guide, with some suggestions that people might like to include in their response. We hope that people will spot the opportunities in the consultation to call for modal shift and back our calls for more support for the public transport network.

We've already had supporters telling us what they included in their responses, things like calling for a public transport network that is "integrated, well connected and frequent"; "more travel passes for young and old"; a "massive expansion of bus routes"; "more train stations and train lines"; and a "single portal to make transport decisions easier".

Covid-19 may have caused a seismic change in the transport sector, but it has also created an opportunity to go back to the drawing board and build back a better transport network as part of a green transport-led recovery. 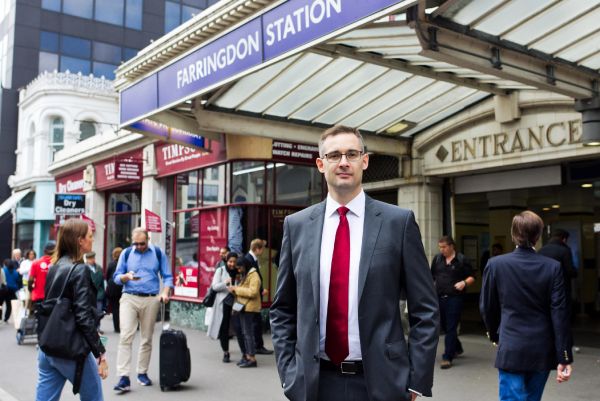