Who will be the future leaders of the transport industry? In a new occasional series, Transport Times has convened a panel of senior industry experts, chaired by Prof David Begg, to pick out names to watch. The people featured are all under 40 but have already amassed considerable experience and have a good deal of achievements to their credit. Many of them span both public and private sectors or have worked in governmental and policymaking roles as well as in industry.

On the basis of their track records, we expect they will go on to achieve even greater things in the future. 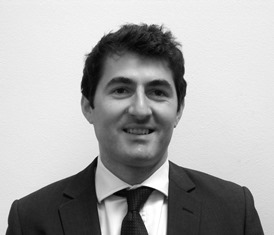 As infrastructure director David Leam, 39, has led campaign group London First’s work in transport and infrastructure policy since 2010. He was a member of the mayor of London’s roads task force  and has been at the forefront of London First’s work to promote Crossrail 2.
He was previously a special adviser to three transport secretaries (Andrew Adonis, Ruth Kelly and Geoff Hoon) between 2007 and 2010, over which period he advised on a range of issues from HS2 to Heathrow. Prior to this he was a civil servant at HM Treasury where he worked in the productivity team and on public spending for housing and planning, following Kate Barker’s independent review of housing supply.
Mr Leam has previously worked in thinktanks and in public affairs. He is a regular commentator in national and London media on transport issues. 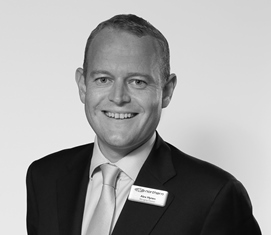 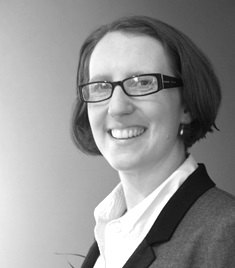 Lucy McAuliffe, 32, started her career in the transport industry as a general management graduate with National Express in 2008 where she gained experience of frontline operations and developed  her leadership skills through roles in NX’s bus, coach and rail businesses.
Quickly discovering her passion for the rail industry, she worked as station manager at Chelmsford before moving to Network Rail in 2010 to the role of shift manager at St Pancras International.
Ms McAuliffe progressed quickly through operations management roles before being appointed head of high speed stations in 2012. In this role she was responsible for the management of St Pancras, Stratford and Ebbsfleet international stations, and for a team of 150 people providing the highest standards in customer service and station operations for around 50 million customers annually.
Ms McAuliffe drives a culture of positive engagement and accountability among a wide range of stakeholders and led St Pancras International to achieving the highest-ever National Passenger Survey results in 2013, when the station scored 96% satisfaction.
A qualified chartered manager, Lucy was appointed to the role of Network Rail’s area manager for Sussex in 2014 where she leads a team of 400 operations staff (signallers and incident response teams) responsible for safe performance on one of the busiest parts of the UK rail network. She was named Young Railway Professional of the Year in 2013 by the Institution of Railway Operators.
Ms McAuliffe says: “The railway industry has many amazing people working in it and I have been fortunate to lead and learn from strong operational teams who deliver every day, sometimes in really challenging conditions, to keep things going for our customers.” 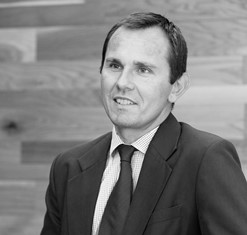 Ross Baker, 40, is Heathrow’s director of operations, where he exercises his responsibility via Heathrow’s new Airport Operation Centre. He holds wider responsibility for business resilience, continuous improvement and integrated planning. Mr Baker’s focus is on ensuring the airport operates safely to plan, and improving the flow of passengers’ journeys through Heathrow.
Previously, he was Heathrow’s director of strategy, responsible for master planning, capacity planning, and strategy. At that time, he was also the programme director for the airport’s hub capacity programme, developing the new vision and case for a third runway and integrated transport hub at Heathrow.
Prior to joining Heathrow in 2011 Mr Baker held a mix of advisory and aviation industry roles. At global management consultant Bain & Company he advised a wide range of FTSE 50 equivalent businesses on strategic and operational issues. Prior to joining Bain, he spent a decade with British Airways in a range of operational and commercial management roles, in the UK and overseas. 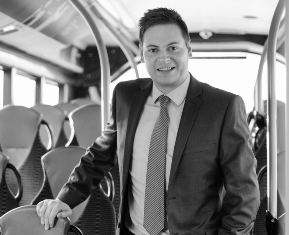 Chief executive of Reading Buses, Martĳn Gilbert, 32, has worked in passenger transport for 15 years. He started his career with London Underground in the schedules department but moved into bus operations working for local independent operators in Surrey, including a period running his own company, Thames Bus.
He joined Arriva in 2007 following its acquisition of TGM group, where he was general manager of its Surrey and Sussex bus and coach operations. In 2008 he advised Arriva’s UK Trains division on rail replacement bus operations and went on to establish and lead a new in-house team responsible for planning and providing road transport operations for train operators, achieving considerable cost and quality benefits.
Following Arriva’s acquisition by DB in 2010 he was involved with a number of rail business improvement and integration tasks and franchise bidding.
A short secondment to manage Arriva’s Olympic Games coach charter operation in the summer of 2012 gave Mr Gilbert a taste for buses again.
After five years in rail he moved to Arriva’s UK bus division to take on the mobilisation and transformation of Centrebus in West  Yorkshire, which he re-launched as a dynamic and energetic low cost business under the Yorkshire Tiger brand. Aft er nearly eight years with Arriva, he joined the award-winning Reading Buses as chief executive in November 2014, where he is taking on the challenge of leading one of the UK’s most respected bus operators and continuing its development to meet the transport needs of the growing economy of Reading. 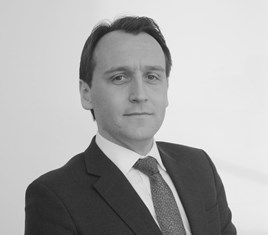 Anthony Vigor, 37, is director of policy and external aff airs at National Express Group. Before joining National Express, he spent nearly four years as a special adviser in government. Initially working for Douglas Alexander in his roles as secretary of state for transport and international development, Mr Vigor then moved to 10 Downing Street as Gordon Brown’s senior policy adviser on housing, transport and local government. Before his work in government, Mr Vigor was a senior research fellow at the Institute for Public Policy Research, leading research projects on transport, housing, regeneration and taxation issues. He has a PhD in Regional Geography from the University of Manchester, where he is currently an honorary senior research fellow.