How to change railway culture to a focus on customers

Thinking about Keith Williams' challenges in chairing his Rail Review, I confess to a recurring fear that the mantra of 'aligning incentives' across a fragmented industry might emerge as a key reform measure. But that wouldn't wash, because every previous rail review has embraced this formulation. It should have worked by now. (As if you could want mis-aligned incentives, eh?)

In practice, incentives for Network Rail and for Train Operating Companies (and for rolling stock suppliers and others in the supply chain) tend to be set in terms of penalties for failure to perform. 'Naming and shaming' gets us only so far, it seems. Financial pain is needed – which is one reason why the regulation of Network Rail, now it's back under public ownership, is ineffective.

Penalty payments against scorecard outcomes can only work if someone other than the tax-payer/Treasury has to cough up. But this causes a problem not only with Network Rail given its revised status; passenger train operating companies are finding the risk/reward ratio of franchising too onerous. Financial performance penalties are part of the problem, not the solution. Expecting a willingness to be 'incentivised' by means of financial penalties when franchisees have so few means of controlling outcomes is not working. Except perhaps for non-UK state-owned railway businesses, where tiny £ return margins on large cash flows may (just) still make commercial sense. But how long before tax-payers in other countries call foul when their buccaneering national rail operators default and take a financial hit in Britain?

With apparent popular support for bringing the train operating part of the railway back into the public sector, it's worth considering what incentive arrangements would be needed to deliver on key targets like service reliability. Indeed, in a country which has for four decades gone down the privatisation/commercialisation route – with internal markets and the like where outright sales seemed impossible (as in the NHS) – we have few reference points for managing and incentivising good outcomes. Whether it's a re-nationalised approach or a set of service management contracts with a single central authority (or indeed a set of regional authorities) bearing all of the revenue risk, surely a central part of the change needed is in the overall management and staff relations culture.

Most would agree that what's needed is a safety-first customer service-led culture. Successive Governments have not been able to resist interfering, so we will never know if the private sector could really have delivered on customer service. So where do we look for a suitable model?

Well one place is in other countries where rail service is seen almost as part of the nation-state – a source of national pride. Even if the same frustrations our rail customers experience might occasionally arise, the all-important ingredient of trust is intact. Some might think of Switzerland, but the evidence on this I have to hand is from Japan.

What do we find there, say, on the subject of on-time train performance incentives? Well, certainly not the GB model of delay causation attribution that ties up a significant management resource. As Calum Leslie of Keolis UK wrote in Rail Gazette International last month, following his experience on the annual JR Central exchange programme, while Japanese train despatch performance is measured very precisely, responsibility for performance improvement is left entirely to those doing the train despatching. Not that this is a closed community. Staff are expected through their railway careers to play a part in every operational role: very old school you might think.

The same goes for drivers whose on-time performance and adherence to driver advisory system guidance is closely measured. Again, there are no reprimands, just guidance on how to improve. Can it be so simple? It would seem that trust and empowerment extend deep into the workforce. Well, why not?

At JR Central, station managers set targets for staff to achieve, but these are defined in a way that properly empowers rather than seeks to micro-manage. All positive scores are predicated on having achieved an (on balance) positive customer feed-back. But awards are given to those who go above and beyond the call of duty, measured delightfully simply. You need to have received at least two positive commendation letters from a member of the public during the month. It is not enough to avoid failure: that's not a motivational focus.

Of course, we may not wish to transpose Japanese culture to Britain (although the Kaizen teamwork approach has worked well in the automotive sector). But staff incentive schemes could be a key part of a cultural shift away from penalty payments for failure to meet targets. And note the characteristics: trust in staff; teamwork; empowerment; restoring career paths; self-improvement.

We have to try something different, and in my view, something along these lines could well be right for Britain. 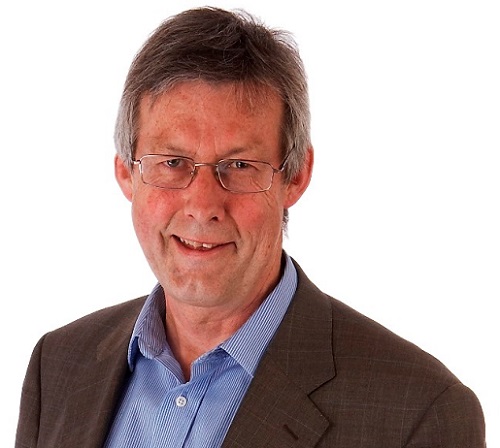