Getting to net zero

How do we get to net zero? The easy bit is passing the legislation for a 2050 net zero target. The difficult bit is working out what needs to be done, and how to make a difference to global warming.

The Climate Change Committee tells us that "by reducing emissions produced in the UK to zero, we also end our contribution to rising global temperatures." Wrong! We are never going to get to zero, and as long as we keep importing carbon-intensive stuff, we will still be causing climate change, and even possibly making it worse. If we want unilaterally to stop causing climate change, it's our consumption that matters, not where the stuff is produced. Carbon is not territorial.

In every one of the last 30 wasted years, despite all the efforts and money spent, the concentration of carbon in the atmosphere has gone up relentlessly – by 2 parts per million (ppm) a year. Not a single break, not following the financial crash in 2007/08 or even coronavirus. We are now past 410ppm. The global temperature has risen by 1°C and there is a chance it will pass 1.5°C by 2025.

Why has so little been achieved so far? The answer is that what matters is our carbon consumption and its impacts on global emissions, and not just emissions at home. Keep a carbon diary, note down how much carbon you think is in all the things you consume in a day, and you'll quickly see the palm oil, the clothes you buy, the IT you use, the energy-intensive products, and of course the travel emissions. It is reducing one's carbon consumption that should be the target.

This has radical implications for both carbon policy in general and for transport in particular. We have to apply the same carbon approach to imports as to domestic production, and that means a carbon border adjustment. As the trade talks for the post-Brexit transition hot up, it has dawned on the transport industry that what matters is how carbon is taxed abroad as well as at home – whether this be in terms of red diesel subsidies or the treatment of transport taxes more generally.

Grasping the international dimension matters, but there is no getting away from the fact that the transport sector is the big elephant in the carbon room, and it is not making much progress. Transport emissions in the UK have been flatlining since 1990, and the great boom in van deliveries is ticking up emissions ominously. Road transport may have temporarily been cut back due to the pandemic, but it has already got back to the pre-coronavirus levels. Worse, there is a big switch from public to private transport.

Something has to be done. There are three options: carbon taxation; electrification of vehicles; and the development of large vehicle and plant fuels like hydrogen. A carbon tax is coming: from January 1st 2021, the EUETS will no longer apply to the UK (because it is governed by the ECJ). The Treasury suggests three alternatives: shadowing the EUETS, a UK ETS and a carbon tax. Watch this space; this could be a big step forward.

Electric vehicles keep on promising to provide a way forward, but struggle to get beyond the domain of the middle class elite. While the solution may appear obvious – it is all about the charging networks – less attention appears to be being paid to making the necessary economy-wide investments in charging than, for example, to road building and repairs. Hydrogen promises much, but it has to be Green hydrogen, not natural gas-based, and again it is about the networks.

A lot of this raises the question: do we really want to stop causing climate change, unilaterally? I suspect (and hope) we do. But we will not achieve this unless we think seriously about how to transform our economy into one of net zero carbon consumption, apply a universal carbon price at home and abroad, and bring transport into the fold – quickly. We need carbon pricing and we need infrastructure networks fit for the new purposes. It is a huge investment programme. But if we all want to do this, we will have to tell people the truth: it is going to cost (a lot) and we will have to stop living beyond our environmental means. My book tells you how to do this – if you really want to make a difference. 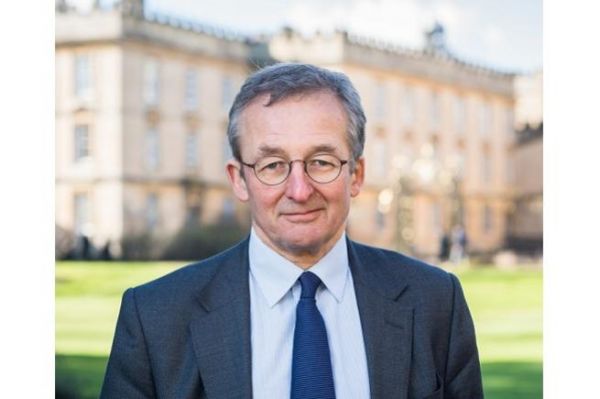 Dieter Helm is Professor of Economic Policy at the University of Oxford.

His new book Net Zero: How We Stop Causing Climate Change is published by Harper Collins on September 3rd.