World over, the buzz around driverless cars is growing. As science fiction evolves into fact, the question on the minds of policymakers, industry leaders, journalists, and citizens is – will policy, innovation culture, infrastructure, and consumer willingness keep pace with the technology and allow timely introduction of autonomous vehicles?

In its second edition of the Autonomous Vehicles Readiness Index (AVRI), KPMG evaluates the preparedness and openness of 25 countries towards AV technology. It assesses these countries on 25 different measures within four pillars: policy and legislation, technology and innovation, infrastructure, and consumer acceptance, with each pillar holding equal weight in calculating a country's overall score. In our second edition, Netherlands and Singapore retain their positions at the top of the table, the former doing especially well on infrastructure readiness, and the latter taking pole position in policy and consumer acceptance.

The United Kingdom comes in seventh, slipping two places from last year due to the inclusion of high-performing new entrants Norway and Finland in the index. However, this should not mask the fact that the UK still holds a strong position in respect of AV readiness with significant progress having been made in the past year.

In policy and legislation, the UK continues to be a world leader (2nd place) owing to a spate of supportive legislation and an increasingly coordinated national strategy. In August 2018, the UK Parliament passed the Automated and Electric Vehicles Act, which adapts the existing motor insurance framework by extending compulsory insurance to AVs as well as the driver1. Furthermore, in November, the government announced support for three public trials in 2021, including AV buses across the Forth Bridge in Scotland and self-driving taxis in London2. Additionally, in December 2018 the UK Parliament published an extensive report outlining their proactive approach to pursuing the benefits of MaaS3. Finally, just this month, the Department for Transport announced that it would introduce a system to allow the first tests on public roads of advanced autonomous vehicles without a steering wheel or human in control, a first for Europe4.

Cross-government collaboration – which is critical for eventual deployment – has been particularly effective in the UK. For instance, the Law Commissions of England and Wales and Scotland are currently reviewing the UK's legal framework for AVs, due to be completed in March 20215. Across the UK, there has been a concerted effort to develop CAV strategies, business plans and roadmaps, with recent initiatives spanning Scotland, the West Midlands and the Department for Transport (DfT).

The UK's forward-thinking approach to deployment also took it to first place on a new variable focusing on the robustness of government data sharing that was introduced in the policy pillar of this year's index. We believe that this is a particularly important parameter because it enables greater collaboration between government and private industry on AV development.

However, despite these policy initiatives, the UK faces challenges around digital and physical infrastructure that put it in twelfth place on the infrastructure readiness pillar. While extensive investments are being made in 5G to connect 5G test beds and test tracks, the country still lags behind others in global connectivity, road quality (especially secondary roads) and logistics infrastructure. The country's island geography is also problematic for physical infrastructure – short freight journey distances, a large number of bends on motorways and frequent junction points may inhibit the development of truck platooning, which is an early opportunity for AV technology. That said, we believe that the right investments are being planned, and that physical infrastructure will improve as the government delivers increased investment along the road network, and different stakeholders including operators, central and local governments, and industry collaborate to support deployment.

Another opportunity for improvement for the UK is to enhance public perception around the benefits of AVs. Currently, the UK lags other countries on the consumer acceptance measure (9th place). However, this can change if government and industry communicate the safety, economic, and environmental benefits of AVs to the public, and emphasise the efforts that they are taking to ensure safety. In part, this can be achieved through rigorous testing and the publication of safety standards, such as the new cyber security standard for autonomous vehicles, published in December 2018.

As AV technology evolves, stakeholders across sectors will have to strategically and adaptively prepare for a transformation of the world as we know it. The UK has made significant headway in supporting new collaborative initiatives that are beginning to drive benefits like greater accessibility, productivity, safety, and economic growth. We we hope that KPMG's AVRI 2019 provides some insight into how transport authorities, infrastructure, operators, manufacturers, investors and consumers in the UK can come together further to fuel the country's growth as a leading AV power. 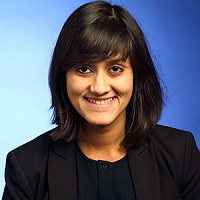 1 Automated and electric vehicles act 2018, as above
2 'From science fiction to reality: people in London and Edinburgh set to be the first to trial self-driving vehicle services', UK Department for Business, Energy and Industrial Strategy, 22 November 2018: https://www.gov.uk/government/news/from-science-fiction-to-reality-people-in-london-and-edinburgh-set-to-be-the-first-to-trial-self-driving-vehicle-services
3 https://publications.parliament.uk/pa/cm201719/cmselect/cmtrans/590/report-overview.html
4 https://www.bbc.co.uk/news/technology-47144449
5 https://www.lawcom.gov.uk/project/automated-vehicles/