The most inspiring projects and organisations across London's transport industry were honoured last night at the London Transport Awards with 350 industry professionals in attendance. The night marked the 15 year anniversary of the ceremony and was hosted by Leon Daniels, Transport for London's former managing director of surface transport. Deputy Mayor of London for Transport, Valerie Shawcross CBE delighted the audience with her opening address. Held at the Park Plaza Riverbank Hotel, the awards continued to recognise the people and organisations that make a real difference to transport across London. 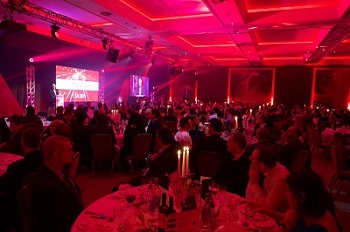 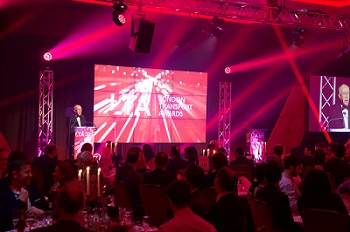 Winners of Transport Borough, Southwark have worked together with AECOM to implement improvements in road safety, cycle infrastructure, how people travel and how they interact with communities. In 2016/2017 they continued the introduction of a more integrated cycle network, including the opening of Quietway (Q) 1 and began construction of Q7 and Q14. Oxley Close, part of Q1, saw a 76% increase of cycle numbers. Improvements have also been realised in the condition of their roads, carbon reduction and number of cycling collisions.

Rail Operator of the Year, sponsored by Hitachi-Bombardier Joint Venture, was won by KeolisAmey Docklands whose new front line team have been on hand during engineering planned works, disruptions during service and available at key stations to deliver real-time advice and assistance to their customers.

Bus Operator of the Year, was presented to Go-Ahead London who in the last 12 months have rolled out a range of initiatives and continued their stakeholder engagement programme. Their Waterloo garage conversion from diesel to electric buses has generated worldwide attention. Before, during, and after the change, they delivered a consistently high level of operated mileage and passenger satisfaction.

The Stuart Ross Young Transport Communications Professional of the Year Award, which commemorates the life and work of Stuart Ross, Transport for London's Director of News, who sadly passed away in 2016. Anisha Mistry, Internal Communications Officer, KeolisAmey Docklands beat out the 5 other shortlisted individuals to take the award home. Anisha is an integral part of the communications team and overall KAD. Her enthusiasm and determination for employee engagement has always been at the forefront of every project she works on. From 2015-2017, Anisha made significant improvements to internal communications, resulting in a 76% increase in staff engagement scores over the course of 2 years.

The frontline employee award which recognises the hardworking and extraordinary actions of the individuals on our frontline. This year the award was won by Sewsankar (Nil) Juglaual, a driver with Arriva Rail London. Last year, Nil chose to protect the lives of four young boys aged 12-14 when they were being chased along the track by a large gang of adult males. Nil successfully got the boys onto a train and stayed with them. The adult males continued to arrive at each station down the line, trying to meet up with the boys. Nil remained with the teenagers until a police presence was established at Seven Sisters station.

The brave actions and quick-thinking in response from Nil to a challenging and threatening situation protected the boys from a potentially serious attack by a gang of extremely aggressive adult males.

Two special individual awards were given out on the night. Outstanding Contribution to Transport Across London, sponsored by Siemens was awarded to Nick Lester-Davis, latterly Corporate Director at London Councils (who retired from his role in 2016). He served as corporate director of services for 9 years and as Director of Transport, Environment and Planning for the previous 7 years. As part of these roles Nick was responsible for London-wide service delivery in the fields of traffic and transport and led London Councils' work on ultra-low emission vehicles, electric vehicles and car sharing. Nick is also Vice Chair of the European Road Transport Research Advisory Council and Council Member of the British Parking Association.

Former MD, Surface Transport at TfL, Leon Daniels received the 'Lifetime Contribution to Transport across London' prize. Presented by Sir Peter Hendy, the award was a complete surprise to host Leon who had been under the impression that Prof David Begg (chair of the judging panel and chief executive, Transport Times) was on stage to talk about the 15th anniversary. Leon who has recently retired from TfL joined them in April 2011 from FirstGroup, where he had been a director of the UK Bus Board since 2000. For several years Leon owned and ran his own bus company, which grew to be the largest private sector bus company in London prior to the privatisation of London Buses. He sold the company to FirstGroup in 1998. At TfL he oversaw TfL's responsibilities for the safe and efficient running of London's buses, taxis, river services, the road network, congestion charging and the Barclays Cycle Hire scheme.

Valerie Shawcross, Deputy Mayor of London for Transport, said:
"I'd like to congratulate the winners on their well-deserved awards and pay tribute to all of those who have worked so hard across London's transport network in the last year. We've made great strides in delivering a more affordable, green and accessible network, and made real progress towards the opening of the Elizabeth line later this year. The delivery of the new line will be a hugely significant moment for our transport network and play a vital role in the implementation of the Mayor's transport strategy, which is putting walking, cycling and zero-emission public transport right at the heart of our day-to-day lives." 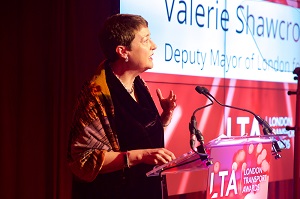 The full list of award winners and those who were highly commended is as follows:

Airport of the Year (Sponsored by Amey)
London Gatwick Airport

Employer of the Year
Bombardier

The awards are organised by Transport Times Events

Images can be purchased from www.simply-photography.co.uk